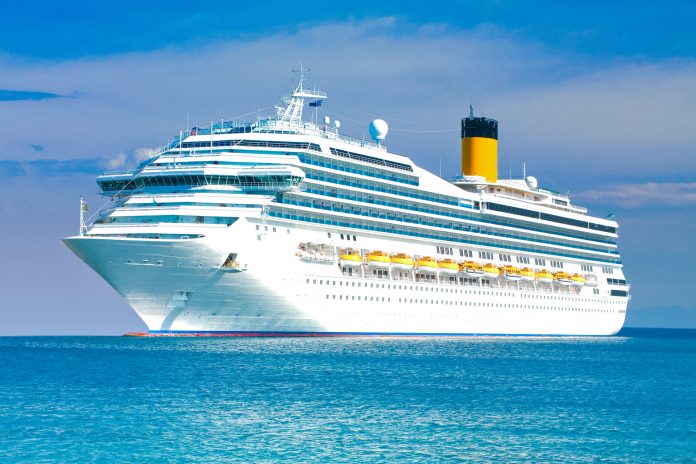 “We’ve been both encouraged and humbled by the volume of bookings we’ve been receiving for 2021,” Richard Fain, CEO of RCL, told investors on the conference call. He added that daily bookings have more than doubled since the shutdown, mostly thanks to orders from previous customers.

“Demand has risen steadily” since April, Arne Sorenson, CEO of MAR, added. Current trends “give us confidence that people will continue to increase their travel,” he added. “We are optimistic that second quarter will mark the bottom and the worst is now behind us.”

Those comments let investors look past weak profit numbers from both companies. RCL and MAR pushed higher on the reports and paused above their 50-day moving averages. They both remain far below their pre-crisis levels.

Cisco Systems (CSCO) was just the opposite. Its backward-looking numbers were strong but guidance missed. That caused the networking giant to plunge 11 percent — its biggest drop in nine years.

CSCO was struggling even before the crash, not making a new 52-week high since July 2019. It’s been trying to remake itself as a software provider, but has often used cost cuts to hit profit targets. Given its heavy reliance on enterprise networks, investors may wonder how CSCO will adapt as the pandemic shifts workers from large office complexes.

Applied Materials (AMAT), on the other hand, beat on earnings, revenue and guidance. The maker of semiconductor-manufacturing equipment has benefited from increased demand for computing, data centers and video games.

But one set of chips are struggling: flash memory. Last week, Western Digital (WDC) crashed. This week, Micron Technologies (MU) warned revenue in the current quarter will probably lag estimates. MU is now back to its lowest levels since early June, while the Philadelphia Semiconductor Index has broken out to new record highs.

Ride-sharing giants Uber (UBER) and Lyft (LYFT) had mixed results. UBER missed on profit but beat on revenue, while LYFT was the opposite. Both saw big drops in usage because of coronavirus. They also face legal uncertainties after a San Francisco judge said their drivers should be considered employees instead of contractors.

Cannabis companies were another once-faddish group that are now struggling to adapt to the real world. (Like ride-sharing, their businesses are commoditized with low barriers to entry.) Canopy Growth (CGC) reported strong earnings, while Tilray (TLRY) missed estimates. But the real story was a continued decline in prices as growers flood the market with legal marijuana.

The smaller company GrowGeneration (GRWG), which focuses on hydroponic gardening supplies, exploded higher after beating estimates. But of the big firms, only greenhouse REIT Innovative Industrial Properties (IIPR) is back near its old highs.

“We saw a strong customer response to our assortments, which we believe was aided by pent-up demand and the effect of fiscal stimulus,” CEO Richard Johnson said in a statement before its full quarterly report on August 21. Other traditional retailers also fared well.

Tapestry (TPR), formerly known as Coach, crushed estimates thanks to online sales and leaner inventories. Management didn’t provide guidance, but it predicted that coronavirus will cause a shift to more a profitable online sales model. Dillards (DDS) also jumped on better-than-feared results. The department-store operator lost more than two-thirds of its value because of the pandemic.

Baidu (BIDU) was the last big company to report this week. The Chinese Internet giant fell after its revenue missed estimates. It also took a hit from a government probe into subsidiary Iqiyi (IQ). BIDU and IQ have mostly failed to participate from the rally in Chinese technology stocks this year.

In conclusion, earnings season is winding down. Some of the companies hit hardest by coronavirus, including cruise ships, hotels and retailers, are showing signs of the situation improving.