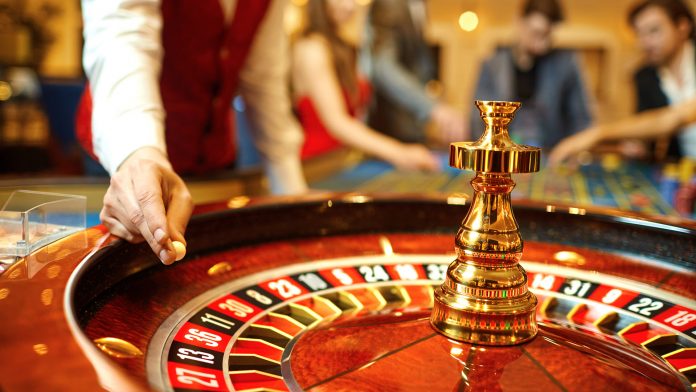 Political and Covid-19 worries have crushed a major casino key gambling stock, but some options traders are looking for a bounce.

Wynn Resorts (WYNN) is having its worst week in over a year, down 15 percent, after the government of Macau said it may increase supervision of companies in the Chinese gambling hub. A renewed coronavirus outbreak in nearby Fujian province is also slowing travel in the region. Those headlines have sunk WYNN shares to their lowest level since November.

Some options traders are braving the selloff and looking for a rebound. Two large transactions in particular stood out on Wednesday.

First, roughly 10,000 September 80 puts were sold against open interest of 4,891 contracts. Most of the large blocks changed hands in the opening minutes for $0.64 to $1.26. WYNN soon stabilized and those puts ended the session worth just $0.26.

Puts usually make money to the downside because fix the price where investors can sell a stock. However by writing the contracts, traders can receive a credit now and profit from the shares not hitting a certain level.

In this case, they believed prices would remain above $80 through the end of the week. Selling the short-term puts also let them profit from the quick pace of time decay that occurs near expiration.

The next trade was a bullish call spread:

Calls fix the price where investors can buy a security, so they can gain value when a stock rallies. Selling them generates income and creates an obligation to deliver shares if they reach a given level.

Combining the strategies in a vertical spread lets them control a potential move between two points for a relatively low cost. In this case, they could collect $5 if WYNN jumps above $85 to $90. That’s a potential profit of 335 percent, given their $1.15 net outlay.

Despite the bad news hitting WYNN, some investors may see opportunity in the selloff.

The company’s last quarterly report on August 8, for example, beat estimates. It’s also been moving toward sports betting with its WynnBET division. Finally, some chart watchers may expect a rebound because the shares are holding a potentially important low from November.

WYNN ended the session down 6.3 percent to $86.44. Overall options volume yesterday was 5 times the average in the previous month.