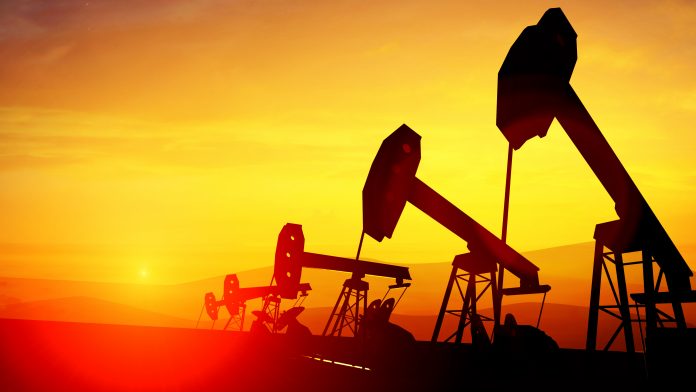 Marathon Oil is the third-best performer in the S&P 500 this year, and options traders seem to think it will keep running.

Check out this large complex trade in the Houston-based energy driller:

The transaction generated a credit of $5.21. But what does it mean? The matching times, sizes and open interest suggest that an institutional holder is using options to create a bullish “synthetic position.” While complex and risky for individual investors, the transaction illustrates the power and flexibility of options.

Calls fix the level where investors can purchase a security, so they tend to appreciate when prices rise. Puts are the opposite, gaining value to the downside. Traders can also sell puts to generate income. That’s similar to owning stock because short puts have a positive delta.

Monday’s trade combined long calls and short puts. The result is a leveraged position controlling 1.53 million shares for a fraction of the upfront cost. The investor can profit on both halves if MRO continues to advance: The calls stand to gain value and the short puts can depreciate.

However there is significant downside risk because they’re obligated to buy shares for $25 if prices are below that level on expiration.

MRO ended Monday’s session up 1.1 percent to $29.47. Its peak in 2022 is near $32. The choice of calls near that level could suggest traders view it as a potential breakout zone.

The trader probably opened the position when MRO was trading at a lower price. Monday’s roll let him or her take some profits while remaining exposed to potentially further upside.

Aside from generating leverage, the strategy can help large portfolio managers manage their portfolios. The short puts effectively create a buy order below the current price, letting the investor know they’ll get filled on a pullback. It also ensures they won’t miss a big rally.

The large transaction pushed MRO’s option volume above 83,000 contracts. That’s more than triple the daily average in the last month, according to TradeStation data.

Chart of the Day: South American Energy Giant May Be Attempting...