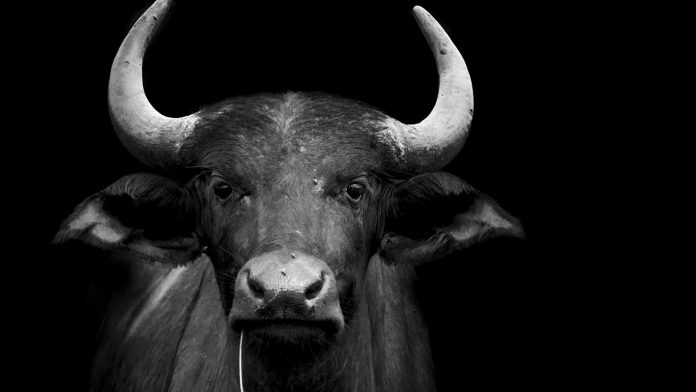 Stocks are trying to bounce as investors await key earnings and hope for slower rate hikes.

More than one-third of the index’s members report earnings this week, including the four trillion-dollar companies. While profits are growing at the slowest pace in two years, sentiment was already negative because of inflation and economic worries. That can sometimes create the potential for a relief rally as investors look for things to improve.

There could also be less near-term anxiety about the Federal Reserve and higher interest rates.

“We have to make sure we are doing everything in our power not to overtighten,” San Francisco Fed President Mary Daly said on Friday. She added that it’s time for policymakers to start planning slower rate hikes, according to Reuters. Those comments appear less hawkish than her stance in August, when than she said “our work is far from done.”

Banks, homebuilders and Chinese stocks were among the worst performers.

Netflix (NFLX) jumped 26 percent after earnings, revenue and subscriber growth beat estimates. It was the biggest move in the S&P 500 and the streaming-video giant’s best week in seven years. Oracle (ORCL) also rallied after predicting revenue will grow about 31 percent over the next two fiscal years.

The S&P 500 began last week under pressure as prices battled a falling trendline. It then bounced sharply, breaking the trendline and leaving some potentially bullish signals on the chart.

First, the index spent the entire week above its June low of 3637. That could suggest the level remains support.

Prices also closed above the 21-day exponential moving average (EMA), which could suggest the short-term downtrend is ending.

Next, Friday’s low was above the troughs of the previous week and September 30. Some chart watchers may consider that a sign that direction is turning higher.

Earnings dominate this week. Some political events could impact the market as well.

First, Rishi Sunak could emerge as the next British Prime Minister as early as today. That could help ease uncertainty about the world’s sixth-biggest economy after the falls of Boris Johnson and Liz Truss.

Thursday is the busiest day. It begins with the European Central Bank meeting, which is expected to see a 75-basis point interest-rate hike. Combined with a resolution to the British political situation, such a move could potentially strengthen European currencies. That could potentially boost sentiment because the strong U.S. dollar has weighed on corporate earnings.

Other items in the session include the government’s preliminary estimate of gross domestic product (GDP) and initial jobless claims. Apple (AAPL) and Amazon.com (AMZN), the other two trillion-dollar companies, also report earnings.

Personal income and spending are due on Friday morning. The report is potentially important because it includes the Personal Consumption Expenditures (CPE) price index, a closely watched inflation measure. Pending home sales and results from Exxon Mobil (XOM) and Chevron (CVX) are also due.

Two other political stories lurk in the background. Brazil’s elections are scheduled for Sunday, October 30. Further gains by Bolsonaro could potentially lift the country’s stocks. Second, news about the U.S. midterm elections on November 8 could also potentially impact sentiment.