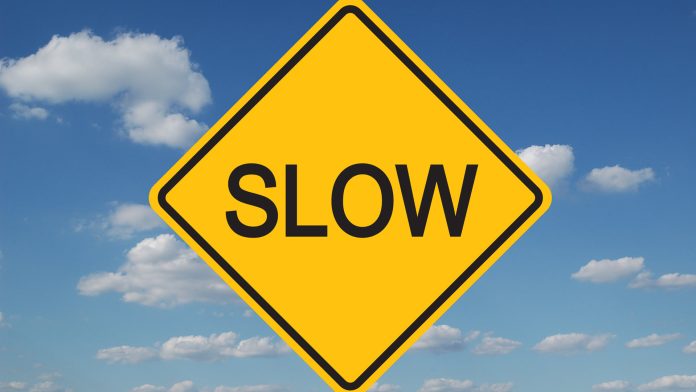 Will Jerome Powell finally hit the brakes? Stocks could be moving like the Federal Reserve is near the end of its rate-hiking cycle.

The S&P 500 rose 4 percent between Friday, October 21, and Friday, October 28. It was the second weekly gain of at least 4 percent, a feat it hadn’t achieved since July 2009. The index is also on pace for a 9 percent gain for October. The Dow Jones Industrial Average has been even more impressive with a 14 percent surge. If that holds, it will be the best month since 1976. (Another 1 percent up would be the heftiest jump since 1938.)

Some recent headlines have created optimism the Fed will signal less hawkish monetary policy at its big meeting this Wednesday. For example, the Consumer Price Expenditures (CPE) index and wage gains were inline with estimates. Durable goods-orders and pending home sales also missed estimates. Those readings could suggest the Fed is starting to curb inflation and slow the economy.

Market expectations are also leveling off. CME’s FedWatch tool shows futures pricing in 75 basis points this week, but then a potential slowing to 50 basis points at the December 14 meeting. That would bring the top of the band to 4.5 percent, where longer-term readings suggest it could remain all of next year.

These will likely be the dominant questions when the policy statement hits at 2 p.m. ET on Wednesday, followed by a press conference 30 minutes later.

Last week was also a big week for quarterly earnings, with about one-third of the S&P 500 announcing results. Apple (AAPL) fared best of the major technology stocks. Microsoft (MSFT) and Amazon.com (AMZN) both struggled with slower demand for cloud computing. Alphabet (GOOGL) plunged on weak advertising and Meta Platforms (META) dove on worries about spending.

Industrials like Caterpillar (CAT) and Honeywell (HON) jumped on their results.

The S&P 500 bounced around 3,800 last week, a high from earlier in the month. That could signal a bullish change of direction because old resistance became new support. The rally pushed the S&P 500 above its 50-day moving average for the first time since early September, another potential sign of its trend changing.

Still, the index paused near 3,900, a price area that’s had significance in the past. (See chart below.) Will traders eye that zone for a breakout or a top?

Some stocks are also breaking out. TradeStation data shows that 30 members of the S&P 500 made new 52-week highs on Friday, the most since April. Another 15 companies have made new highs in the last month. Interestingly, not a single tech stock is among those 45 names.

While the Fed meeting is the probably the biggest event, this week is also packed with earnings and other economic reports.

Wednesday starts with ADP’s private-sector payrolls report, followed by crude-oil inventories. The Fed announcement is at 2 p.m. and Powell begins speaking around 2:30 p.m. Qualcomm (QCOM), CVS Health (CVS) and eBay (EBAY) are some of the big earnings reports.

Non-farm payrolls round out the week Friday morning.