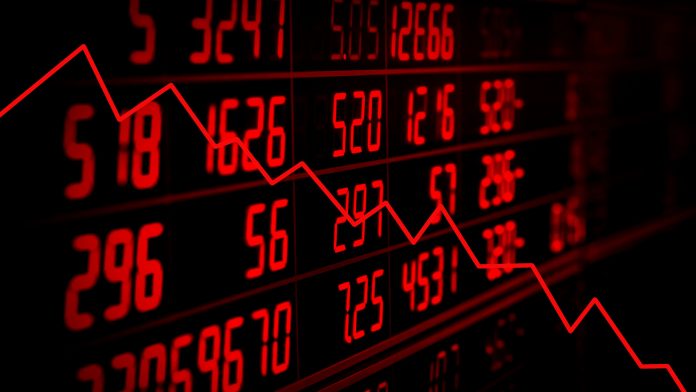 Stocks are breaking down as investors prepare for the Federal Reserve to battle a historic inflationary spiral.

The S&P 500 dropped 5.1 percent between Friday, June 3, and Friday, June 10. It was the biggest weekly decline since the correction accelerated in mid-January. The decline planted the index at its lowest weekly close since March 2021, with more than 90 percent of its members losing value.

Price action was quiet for most of the week as stocks chopped in a tight range. But sellers took charge on Thursday and remained in control on Friday after May’s inflation reading came in higher than expected, with broad increases across energy, food, shelter and airline fares. That boosts the importance on Wednesday’s Federal Reserve meeting and Chairman Jerome Powell’s press conference, especially with the market pricing in even quicker interest-rate hikes. (See the FedWatch tool below.)

Almost all the other news was bearish. Consumer sentiment fell more than expected to its lowest reading ever. Initial jobless claims rose more than feared to their highest level in 4-1/2 months. Intel’s (INTC) bleak outlook for the PC market dragged on semiconductor companies. Central banks in Australia and Europe made hawkish moves.

Aside from chipmakers, metals, airlines and financials were among the worst performers. They’re all cyclical stocks with more exposure to the economy, so their weakness may show greater recession fears. It’s also a change from earlier in the market correction, when higher interest rates dragged on secular growth stocks. Cruise-ship operators, in particular, led to the downside.

Chinese stocks were the only significant gainers, but may face pressure this week as Beijing widens coronavirus lockdowns. Precious metals also eked out small gains.

Last week’s decline erased most of the bounce in late May and brought the S&P 500 back to 1 percentage point from “bear market” status. Technical analysts may notice that the recent high roughly matched the low in early March before the index rebounded. That could suggest old support has become new resistance — potentially confirming the bearish trend.

The Dow Jones Transportation Average could offer more bearish confirmation after closing at its lowest level in 14 months. (Given their sensitivity to the business cycle, transports are often viewed as a bellwether for the economy.)

Another important chart could be the two-year Treasury yield, which shot to its highest level since 2007. That move, which tracks expectations for the Fed’s monetary policy, could weigh on banks because it flattens the yield curve.

CME’s Fed Watch tool shows the market anticipating a 50-basis point increase, although expectations of a bigger move increased last week. The big question could be guidance for the July 27 meeting, which markets now think could bring a 75 basis point hike.

Only a few other noteworthy events are on the calendar this week.

Tesla Results Come Through and Housing Surges: Earnings This Week