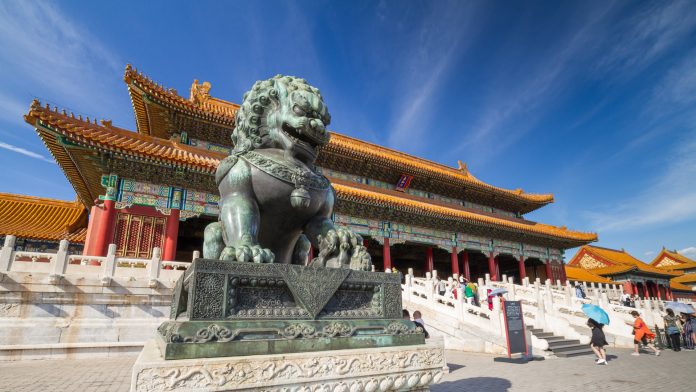 Most stocks have been under pressure lately, but there could be bulls in the China shop.

E-commerce giant Alibaba (BABA) surged 15 percent to $119.62 despite the S&P 500 sinking more than 1 percent. The rally landed BABA at its highest closing price since February 17.

Calls fix the price where investors can purchase a security. They can appreciate more quickly than the underlier when a rally occurs, as happened in BABA yesterday. However they can also expire worthless when stocks drift or decline.

All told, it was a big day for BABA options. More than 1 million contracts changed hands, ranking it fifth in the U.S. market on Wednesday. TradeStation data shows it even surpassed normal leaders like Apple (AAPL) and Advanced Micro Devices (AMD).

The immediate catalyst of BABA’s jump was regulatory approval of videogame licenses. But there seems to be a lot more behind the move because authorities in Beijing have taken an increasingly friendly stance toward their companies and financial markets. Consider this sequence of events:

Those positive moves could mark an end of a bearish period for the country, when regulatory crackdowns erased more than half the value of most Chinese companies.

This may create an unexpected situation where investors see more opportunity in Chinese stocks than domestic names.