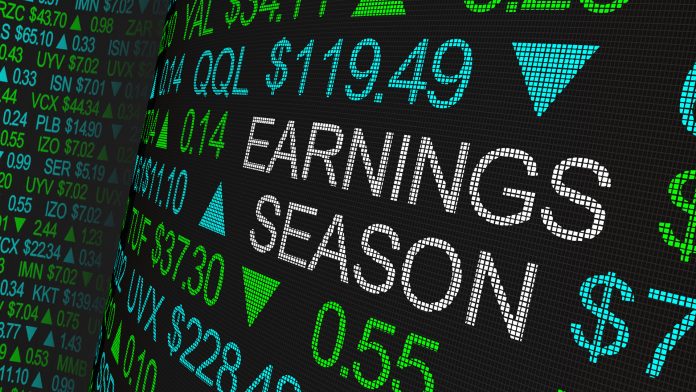 Stocks tumbled last week as the Federal Reserve grew increasingly hawkish in its battle against inflation. Coming sessions could be different as major companies like Apple report earnings.

The S&P 500 slid 2.75 percent between Friday, April 15, and Friday, April 22. It was the biggest drop in the last six weeks. The Dow Jones Industrial Average, Nasdaq-100 and Russell 2000 also fell sharply. Transports, however, were steady.

“Fifty basis points will be on the table for the May meeting,” Fed Chairman Jerome Powell said at a symposium on Thursday. (That means the central bank could increase interest rates by half a percentage point on May 4.) The comment seemed to mark the end of a journey that began in early February when colleague James Bullard started demanding faster rate hikes. Bullard’s stance, at the time an outlier, has become the mainstream view.

Markets now see the target range topping at 3 percent or higher, according to CME’s FedWatch tool. That’s up from 2.5 percent a month ago.

Netflix (NFLX) was another big drag on the market last week. The streaming giant crashed 35 percent on Wednesday, its biggest drop since 2004 after losing subscribers for the first time in a decade. The stock has lost all of its gains from coronavirus and is now back to its lowest level since early 2018.

Just the opposite happened with airlines. “The demand environment is very strong, and as a result, we expect to be profitable in the second quarter,” Robert Isom, CEO of American Airlines (AAL) said in a statement. The carrier jumped to a five-month high after earnings and revenue beat estimates. United Airlines (UAL), Alaska Air (ALK) and Allegiant Travel (ALGT) reported similar news as travel resumes following the lockdowns of 2020.

International Business Machines (IBM) was another surprise, staging its biggest rally in over two years. The long-neglected technology giant beat estimates and achieved a key milestone by increasing its reliance on recurring subscription-based revenue. Analysts at firms including Morgan Stanley, Credit Suisse and Bank of America raised their price targets. Investors may notice that IBM trades for 14 times future earnings, versus 25 times for Microsoft (MSFT) — especially with money rotating away from flashy high-multiple growth stocks.

Last week’s drop landed the S&P 500 at its lowest close since March 15. The index is attempting to hold a price area where it bounced in October and late January. That could make some technical analysts expect a potential rebound, or fear steeper loses if it breaks.

The Dow Jones Transportation Average, on the other hand, rose 1.5 percent and remains above its September lows. Followers of “Dow Theory” could view that a potentially bullish sign for the overall market.

Investors may also continue to monitor interest rates with the 10-year Treasury note’s yield almost doubling this year. It’s now approaching 3 percent, near long-term peaks in 2014 and late 2018. Stabilization around the current area could potentially calm fears toward big growth stocks that benefit from low rates.

There’s more housing news this week, with new home sales tomorrow morning. However the main focus could be on quarterly results because it’s the busiest week of earnings season, with more than one-third of the S&P 500 reporting.

Finally, Twitter (TWTR) could remain in the news this week after Reuters reported that shareholders may want the board to consider Elon Musk’s takeover offer. The article said insiders may push for the bid to be raised from $54.20 to over $60, according to anonymous sources.

Volatility Makes a Comeback: May at TradeStation