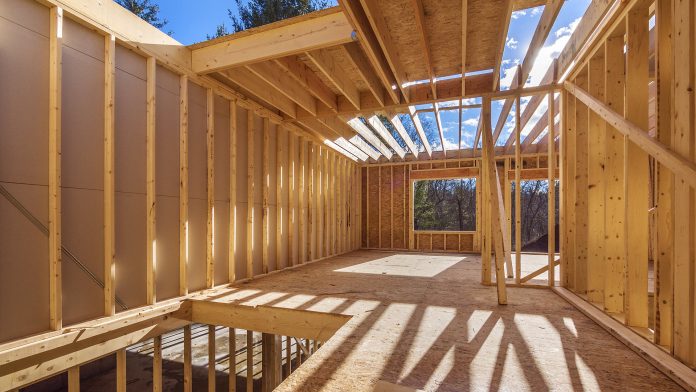 Housing stocks are down sharply this year as investors worry about higher interest rates. However activity on the ground continues to accelerate.

The Commerce Department reported that February housing starts rose almost 7 percent to 1.77 million. It beat forecasts by about 79,000 and was highest total since June 2006. January’s reading was also revised up by about 19,000. Housing starts measure the number of structures where builders initiated work on an annualized basis. Building permits, which track planned construction, are also back near their highest levels in 16 years.

The data highlights continued recovery in the U.S. housing market this year. The strength comes despite mortgage rates climbing more than a full percentage point to 4.16 percent — the highest level since April 2019. Other numbers paint a similar picture. The Case-Shiller index of home prices rose almost 19 percent in December (the most recent month with data). It was the fastest pace in at least 34 years. A separate report from CoreLogic found that single-family rental costs spiked 12.6 percent in January, up from 3.9 percent a year earlier.

While numbers like that may seem reminiscent of the subprime bubble, other readings may point toward a healthier market. For example, the total value of household real estate (including vacant land) increased by 89 percent between the third quarter of 2006 and the end of 2021. Mortgage balances only rose by less than 24 percent in the same period. That means debt is down to just 28 percent of value versus 42 percent during the bubble (according to a TradeStation analysis of the Federal Reserve data).

LEN is still down about 24 percent on the year, more than triple the drop of the broader market. Other major builders like Toll Brothers (TOL) and D.R. Horton (DHI) have declined similar amounts. Both companies beat estimates the last time they issued results. Home Depot (HD), the biggest company in the sector, also dropped in February despite a strong report.

Given the fundamentals cited above and the approach of spring homebuying season, investors may want to explore companies in the sector. The table below lists some of the biggest and most actively traded names: