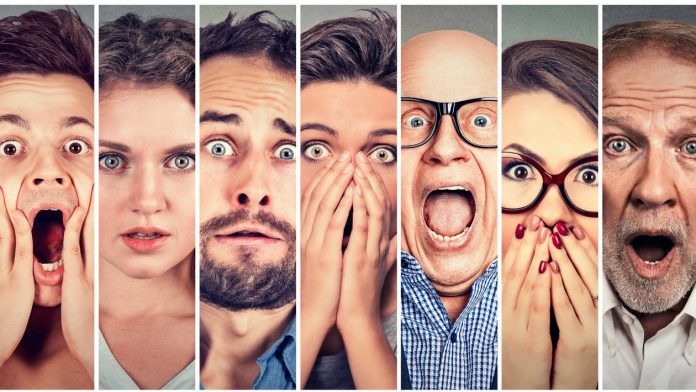 First they announced tapering. Then they accelerated the taper. Now the Federal Reserve wants to take the next step by shrinking its massive balance sheet.

“A significant amount of balance sheet shrinkage could be appropriate,” policymakers warned yesterday. They added it could occur at the same time as interest-rate hikes, which are expected to begin as soon as March 16. Few investors seemed to expect such a hawkish announcement, buried in minutes from the central bank’s last meeting in mid-December. (Especially because the balance sheet wasn’t even mentioned at the meeting.)

The move was yet another aggressive turn by a central bank scrambling to rein in the fastest inflation in decades. The process began in November as the Fed reduced (or “tapered”) its monthly asset purchases by $15 billion. (The purchases were a form of stimulus to support the economy during the pandemic.)

Less than two weeks later, post-meeting minutes hinted that they’d go even faster. Policymakers doubled the tapering to $30 billion at the next meeting (on December 14-15) and predicted three interest-rate hikes this year. (Versus just one in in September.) After yesterday’s minutes, markets are starting to think there might be four. (See the CME FedWatch tool below.)

That made investors take Jerome Powell’s team more seriously. They were already shedding high-multiple technology stocks because higher rates reduce the appeal of their low earnings yields. They kept selling yesterday, handing the Nasdaq-100 its worst drop since October 1. But will it stop there?

Balance Sheet and the Yield Curve

The Fed had $8.76 trillion of assets on its balance sheet this week, more than double its level at the start of the pandemic. It mostly consists of U.S. Treasury notes with scheduled maturities. Therefore, policymakers don’t have to sell anything. They can simply let maturing Treasuries “run off” and not replace them.

Yesterday’s minutes noted that the Fed’s current holdings are shorter-dated than the last time they drained the balance sheet in 2014. That could drive up borrowing costs at the “short end” of the yield curve, potentially hurting banks and financial stocks.

Overall, investors entered 2022 unfazed by monetary policy. (Which is why stocks kept drifting to new highs.) But it’s hard to overlook something as overt as yesterday’s statement on balance-sheet reduction. The market could take the Fed more seriously in coming days. These events could be especially important:

How Bad Is Inflation?

So if the Fed is getting hawkish to fight inflation, just how bad are the price increases?

Some figures show dramatic jumps — especially in wages at the lower end of the income scale. Bureau of Labor Statistics data show leisure and hospitality hourly wages surging 12.3 percent year-over-year in November. Factory workers are up 5 percent, the most since 1982.

This corresponds to another report showing that a record 4.5 million workers quit their jobs the same month. If wages spike as people quit, it suggests they’re switching jobs as employers compete for workers by paying more.

Products like cars and semiconductors have been another issue, especially as bottlenecks cause shortages. Fortunately, there’s been some good news on that front lately. The Institute for Supply Management’s manufacturing report on Tuesday revealed a sharp slowing in input costs as shortages slowly ease. A separate report from the New York Federal Reserve that gauges supply-chain issues also noted that the crisis seems to be improving.

Still, just because things are more available doesn’t mean their prices will drop. Inflation is a spiral, with price often continuing to rise one they’re accepted.

The economy is the other big consideration. Hiring expanded at a breakneck pace in December, according to ADP’s private-sector payrolls report yesterday. (Job growth of 807,000 was more than twice expectations.) We’ll learn more about wages from the Labor’s Department’s non-farm numbers tomorrow. Big compensation growth could also make the Fed more hawkish.

In conclusion, the post-Covid recovery has brought inflation unknown to Americans for decades. Some of the increases (like higher wages) have a positive longer-term impact. Others will encourage production and investment (like building houses and replenishing inventories).

The result will be a strong economy, which gives central bankers leeway to normalize policy. Now they want to strike while the iron is hot. This could make the Fed more of an issue and more of a risk for investors. It’s a big change from easy-going institution that propped up the market for the last two years. The new normal is just beginning, and it may cause more volatility along the way.

Guess What? The Yield Curve Is Steepening