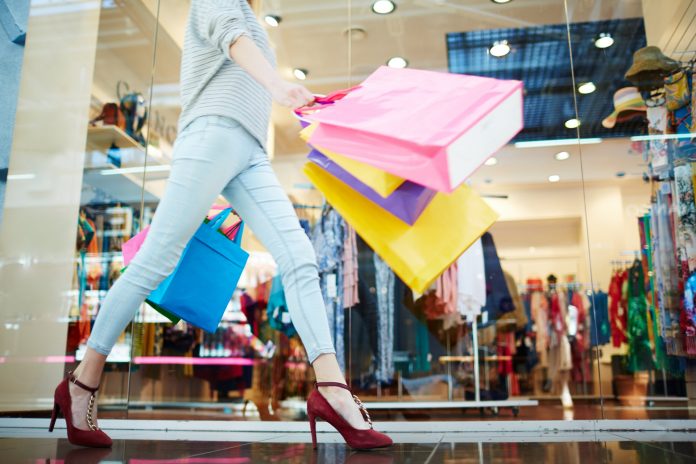 Traditional retail stocks are having an explosive week as companies like Under Armour report strong earnings. Is it the start of a new trend that will last into yearend?

The athletic-apparel company’s sales topped estimates by about 5 percent, but earnings were almost twice the forecast amount. Guidance was also well above consensus, drawing a string of price-target hikes from firms including Deutsche Bank, William Blair, UBS and Oppenheimer.

Speaking of shopping centers, Simon Property Group (SPG) is the largest owner of malls in the U.S. It also beat estimates, raised guidance and beefed up its dividend. “Occupancy gains continued [ and ] retailer sales accelerated,” CEO David Simon explained. “Demand for our space from a broad spectrum of tenants is growing.”

Aside from earnings, other traditional retailers have gained on different kinds of news. Bed Bath & Beyond (BBBY) jumped 15 percent yesterday after announcing a business overhaul and strategic actions. The business transformation included the launch of a digital market to sell third-party merchandise. It also teamed with grocery giant Kroger (KR) to cross-sell home and baby products.

The strategic action was potentially more important: accelerated share buybacks. Once again, strong pricing trends seem to play a role. “Corrective and surgical pricing actions we’ve implemented are resulting in a trend toward expected gross margin,” CEO Mark Tritton declared. “We are preparing for the peak Holiday season and are particularly excited about the new future sales channels that we’ve announced today.”

The combination of events triggered a so-called short squeeze. That’s when traders and hedge funds who’ve positioned against the stock rush to cover their bearish positions. (BBBY also had a large short squeeze on June 2.) Other retailers with elevated short interest rose, including Macy’s (M), Abercrombie & Fitch (ANF) and Gap (GPS).

Speaking of short squeezes, car-rental agency Avis Budget (CAR) doubled in value on Tuesday after reporting numbers that were much stronger than expected. Strong pricing and margins were the story once again. Revenue beat estimates by less than 10 percent, while earnings were 60 percent higher than forecast. The company, which has benefited from used-car price inflation, also said it will add more electric vehicles (EVs) to its fleet.

Albermarle (ALB), which provides lithium for EV batteries, also jumped to new all-time highs after revenue and guidance surprised to the upside.

QCOM’s results also suggested that the global semiconductor crunch could be starting to ease.

Arista Networks (ANET), a rival of Cisco Systems (CSCO), had its biggest gain in seven years after earnings, revenue and guidance beat expectations. “We are experiencing strong demand for our pioneering client to cloud networking portfolio across all of our customer sectors,” CEO Jayshree Ullal said.

Other technology and communications companies struggled:

Few companies benefited more from coronavirus than vaccine developer Moderna (MRNA). But it missed estimates by a wide margin this morning. Per-share earnings of $7.70 lagged the $9.05 estimate. Revenue of $4.97 billion was $1.25 billion less than expected. Full-year sales of $15-18 billion trailed the $20 billion forecast provided in August. MRNA dropped 18 percent on the news.

In conclusion, another big week of earnings season is done with most companies beating estimates. The main theme was a rebound in traditional retailers thanks to strong pricing. Meanwhile companies that benefited from the pandemic, like MRNA and CHGG, struggled. QCOM’s healthy numbers also suggested that the semiconductor crunch may be lifting.

Where Traders Hope to Clean up after Sports-Betting Decision