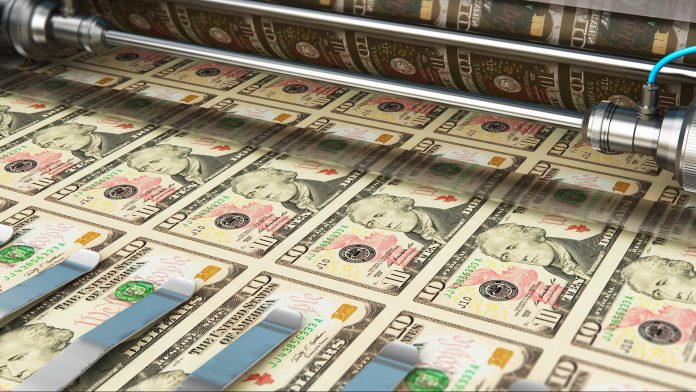 It’s a busy period moving into the holidays as companies announce results and the Federal Reserve reduces support to the economy.

At least 21 members of the S&P 500 report earnings next week, led by major financials like JPMorgan Chase (JPM) and Goldman Sachs (GS). The pace accelerates through the end of the month as major stocks like Apple (AAPL), Facebook (FB) and Tesla (TSLA) follow.

Analysts forecast profit growth of about 28 percent, according to Factset. That would be the third-strongest since 2009, following a record increase of 90 percent last quarter. Still, investors have been worried about inflation and supply-chain issues because of shipping delays and factory outages in Asia.

Executives may emphasize the drag because they often play up negatives (to makes their results look better). As a result, attention could focus on how long the situation will last. That may create the potential for “relief rallies,” with investors buying if the inflationary hit isn’t as bad as feared.

After all, pessimism is running high. Sentiment surveys recently the most bearish attitudes since before the 2020 Presidential Election. The situation also resembled late 2019 during the trade war with China. Stocks rallied after both moments as the gloom lifted.

Rising inflation and tighter monetary policy from the Federal Reserve are two major reasons for the negativity.

Investors have grappled with higher prices since the spring. Policymakers initially tolerated inflation so the economy could recover, but now they’re starting to pay attention. They’ve moved toward reducing asset purchases. That “tapering” would be a first step toward eventually raising interest rates — possibly in 2022.

Both inflation and the tapering will be in focus next Wednesday, October 13, with the government reporting consumer prices at 8:30 a.m. ET. Minutes from the last Fed meeting follow in the afternoon, which could make traders anxious about changes in monetary policy.

While faster inflation is typically a negative for stocks, a few things are different this time. First, many economists expect prices to moderate as things return to normal. In other words, increased economic activity could lower inflation — an unusual and potentially bullish dynamic.

Second, shortages might be a pain in the short-term but could help over the longer run. The reason is that tight inventories have resulted in strong order backlogs, which creates plenty of business into the future. That will likely help spending, investment and hiring.

Market strategists have often described this change as a rotation from growth stocks to value stocks. When the lockdowns began and interest rates plunged, growth companies benefited. They were mostly technology and Internet-related. Then when vaccines appeared in late 2020, investors looked for the traditional economy to rebound.

Given the Fed tapering, there is potential for a similar pattern to appear later this year. That could be especially true for industrials (another “value bucket”) because several economic reports showed strong manufacturing trends last month.

Investors may also focus on the Russell 2000 small cap index (IWM), which often outperforms along with value stocks. IWM rallied more than 40 percent after last November’s vaccine news and has consolidated into a tightening range since. Traders may want to monitor the index for a potential breakout — especially if the pandemic continues to ease.

And there have been signs of coronavirus fading. Infections this week dipped to their lowest level since late July. Delta Air Lines (DAL) said traffic bottomed a month ago. The International Air Transport Association also predicted losses will narrow sharply next year, and Barclays upgraded North American carriers.

Aside from earnings and the economic news, cryptocurrencies may be an important story in coming weeks. Bitcoin jumped above $55,000 yesterday for the first time since May 12. The breakout followed a month of bearish sentiment, during which institutional investors were reportedly active buyers.

The digital asset may see more news in coming weeks as the U.S. Securities and Exchange Commission considers a crypto-based exchange-traded fund (ETF). Speculation increased this week that regulators will first approve a futures-based product from ProShares. Decrypt.co reported that a decision could come on October 18.

Interestingly, the agency just authorized an ETF for companies associated with Bitcoin. That’s a potential step toward allowing a Bitcoin product.

Traders may also want to keep an eye on Brazil, where lawmakers may soon take steps toward recognizing Bitcoin as legal tender.

In conclusion, bearishness increased in the last month as investors worried about the Fed and inflation. But new catalysts may be appearing. Hopefully this article helps you know some of the key trends to watch.