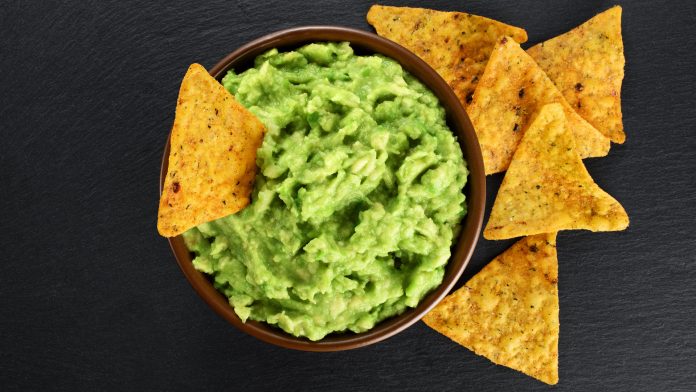 The coronavirus pandemic transformed the nature of in-person businesses like retail and restaurants. This month’s mystery stock was ready for the change, and has thrived amid the crisis.

It started 28 years ago when a sous chef noticed the popularity of tacos and burritos in San Francisco. Suspecting college students would appreciate the fare, he borrowed $85,000 to launch a restaurant near the University of Denver. The location quickly flourished, doing almost 10 times the projected business within a month.

The second store came two years later, followed by expansion beyond Colorado in 1998. McDonald’s (MCD) became a major backer, letting the company grow to over 500 locations.

From its early years, management embraced the vision of healthy food and natural ingredients. That included a focus on locally sourced meat and organic produce. Its commitment gradually increased to exclude genetically modified corn and soy, plus an endorsement of farmworker rights. The company has also diverted garbage from landfills by recycling and composting.

Those efforts may have broken ground environmentally and socially, but Chipotle Mexican Grill has also been a major innovator with its use of technology. After replacing founder Steve Ells in 2018, new CEO Brian Niccol transformed the business with online ordering and loyalty programs.

For example, customers got free delivery during the College Bowl season and free guacamole for using the mobile app. That new approach lifted CMG shares to a new three-year high in early 2019. Digital sales proceeded to grow more than 75 percent the next four quarters, planting the stock at all-time records by early March 2020. Then coronavirus hit.

CMG initially lost more than half its value, but it was back on the rise by early April. It hit new all-time highs by May 12, 2020 — three weeks before Apple (AAPL) and Microsoft (MSFT). Other restaurant companies like McDonald’s (MCD) and Starbucks (SBUX) remained below their old peaks for the next 4-6 months and have yet to break out.

The quick recovery and digital savvy made investors willing to pay higher valuations. CMG trades for about 90 times past earnings, compared with 32x for SBUX and 24x for MCD.

Of course, there have been plenty of speedbumps along the way. CMG has a long history of food-borne illnesses, starting with hepatitis A and norovirus in 2008. The biggest crisis hit in 2015 with E. coli, salmonella and more norovirus. That hammered comparable sales and ultimately erased two-thirds of the company’s value by early 2018.

All told CMG has gained 8,600 percent since going public on January 27, 2006. It doubled on its first day, the biggest gain for an IPO since 2000. It joined the S&P 500 in April 2011 and now ranks 148 in the index between medical-equipment providers Agilent Technologies (A) and DexCom (DXCM).