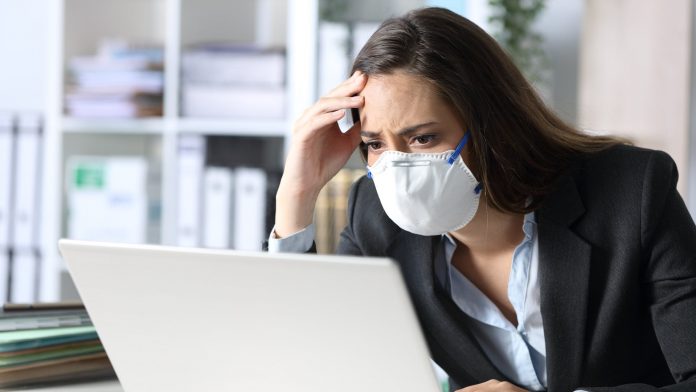 Stocks inched to new highs last week, but a resurgence of coronavirus threatens to overshadow all kinds of good news.

“Consumers reported a stunning loss of confidence in the first half of August” because of the delta variant, consumer sentiment economist Richard Curtin said on Friday. He cited worries across “all aspects of the economy,” noting that the University of Michigan’s monthly survey had one of the sharpest drops ever. Its preliminary August reading of 70.2 was the worst since 2011 — a full percentage point below March 2020.

The news represents a 180-degree turn from sentiment a week before, when a strong employment report and hawkish language from the Federal Reserve lifted interest rates and cyclical stocks.

Still, the S&P 500 still managed to climb 0.7 percent and closed above 4460 for the first time ever. Stocks associated with a strong economy, like metals, transports and financials rose the most. Energy was the only major sector to decline.

Profits are up 89.3 percent and revenues have increased 24.9 percent, according to FactSet. That’s the best profit gain since late 2009, and the strongest top-line growth since at least 2008. Profit margins are also the widest on record.

A new trend away from inflation could potentially keep bond yields (and mortgage rates) lower. That, in turn, for be good news for housing. Homebuilders also gained last week and are the strongest industry group in the last month. They have several important news events this week:

The S&P 500 and Dow Jones Industrial Average both closed at new highs on Friday. Many of the companies leading the advance are prominent blue chips like Johnson & Johnson (JNJ), Goldman Sachs (GS), Microsoft (MSFT) and Pfizer (PFE).

Meanwhile indexes like the Russell 2000 and the Dow Jones Transportation index have gone months without hitting new highs.

Utilities are also quietly advancing and last week closed at their highest level since March 2020. Recent quarterly reports suggest they’re benefiting from higher rates charged to the public. Keep reading Market Insights for more on this trend in coming days.

Powell and Retailers This Week

Aside from the housing events cited above, this week features some importance economic news and earnings.

These Were the Top Symbols on TradeStation in May as the...