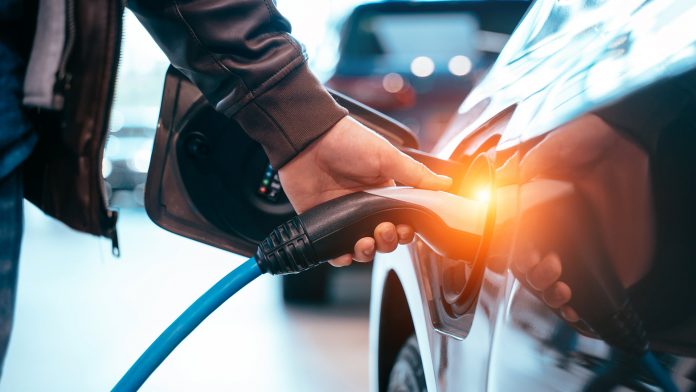 Tesla’s stock could be at critical juncture as investors rotate back to zero-emission stocks like electric cars and solar energy.

The chart below shows how TSLA has made three higher lows in the last month. Meanwhile it’s pushed against roughly $630, resulting in a so-called “ascending triangle” chart pattern. Some traders consider this potentially bullish, with the possibility of a rally if the top resistance line is broken. The shares are also sitting at their 200-day moving average, which could also be viewed as a sign its longer-term bullish trend is intact.

TSLA’s tight price action comes at a time that investors are returning to environmentally friendly stocks. Many of these had big rallies in 2020 and pulled back early this year. But now as investors return to “growth” companies and abandon “value” stocks, electric cars and solar energy are starting to recover.

There hasn’t been much news for Elon Musk’s company lately. He unveiled the high-performance Model S Plaid last week, although some analysts are concerned about delays to its newly designed 4680 battery cell. TSLA also reported volume growth of 29 percent in China last month.

The giant Asian country is already the largest market for electric vehicles. Some other Chinese peers have been moving on their own positive news lately:

Next week also has a catalyst for the green-energy stocks: JP Morgan Energy, Power & Renewables Conference on Tuesday, June 22. That may be helping to lift companies targeting the ESG theme. The Invesco Solar Energy ETF (TAN) is on pace for its first positive month since January. Enphase Energy (ENPH) and Sunrun (RUN) have been two of the biggest movers in the portfolio. Both focus on residential systems and installation. There hasn’t been much news on either, although RUN will present at the conference.

Another another up-and-comer investors may want to watch is Stem (STEM), which went public via a SPAC transaction on April 28. STEM focuses on large commercial customers. Its AI-powered smart-battery system called Athena helps enterprises reduce their electric bills and boost their ESG ratings. STEM is the newest company in this article, without a single earnings report yet as a public firm. Its management team will also present at the JP Morgan conference next week.