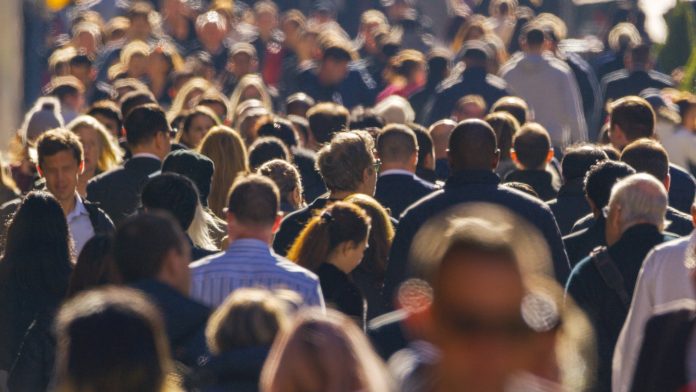 GameStop’s short squeeze is one of the most discussed news stories this year. Whatever you think of it, one thing is clear for investors: It shows the risk of “crowded trades.”

A “crowded trade” is a popular position or theme embraced by large numbers of investors. It can be to a single stock, investment strategy or sector. Crowded trades are usually associated with high prices, bubbles and irrational behavior. However the concept can also apply to extreme negativity, when short sellers attempt to hammer a stock to zero.

Bullish or bearish, crowded trades are most dangerous when they reverse. Like a stampede of cattle, the cause isn’t always clear. It could be a real event like a dog barking, or the herd may simply reach a fence. But the move intensifies after it starts as more animals start running. Clouds of dust rise and the earth trembles. Then, as quickly as it struck, it fades into nothingness.

This is what happened in GameStop (GME) last month. Short interest in the video-game retailer was above 200 percent, meaning bears had bets against more than twice total outstanding float. No one was left to sell, so all it took were a few determined buyers to trigger a stampede.

Most well known crowded trades historically are bullish. Some examples would include:

Crowded trades usually have a thesis or an underlying belief. GME’s thesis was something like this: “GME’s brick-and-mortar business model is obsolete because everyone buys games online now.”

Other crowded trades were justified by ideas like “houses never lose value.” Or, “China will buy all the world’s oil,” or “everyone’s on Zoom.”

The thesis usually has some foundation in reality. GME’s traditional stores had struggled for years. Similarly, residential real estate seldom lost much value before 2008.

However, investors can push a thesis too far. Everyone piles into the same or similar positions. They may crowd into stocks in a certain sector or industry. They may own stocks and corporate bonds of similar companies, like financials or oil companies. They could have similar positions in foreign currencies and foreign companies. Or they may own commodities and producers, like gold futures and gold miners.

Crowded trades are most evident based on correlation, meaning prices move together. This doesn’t apply to single companies like GME, but it can apply to a group like “heavily shorted stocks.”

Correlation results from “centrality,” when a wide number of investors hold certain positions. If they exit positions or reduce risk, prices tend to move in the opposite direction as the crowded trade.

Second, crowded trades tend to have extreme valuations. GME traded at very low multiples like price/sales (less than 0.2x) and price/book (about 1-2x) before its recent surge. In comparison, even struggling retailers like Gap (GPS) fetched more than twice those levels.

Alternately on the overvalued “bubble” side, ZM at one point traded for 100x sales. Few other software companies are valued over 20x.

There are two ways to benefit from spotting crowded trades. First, most traders may wish to simply avoid them. Even if the thesis is still “true,” it can be difficult to fight when the stampede turns.

Second, traders can position in the same direction of the unwind. With the recent short squeezes, that meant buying shares or calls. But it can also mean buying puts when a popular stock or sector is falling. (Given the risk of volatility, options may help limit capital at risk.)

In conclusion, crowded trades happen because markets aren’t totally rational and always feature a certain amount of herd mindset. There isn’t an exact measure for crowded trades, but they do have certain things in common. In particular, they have a clear thesis. They feature synchronized price movement (correlation). And, they often reach extreme valuations — either the “cheap” or “expensive.”

Hopefully knowing these characteristics will aid your investing and help you avoid getting caught on the wrong side of a stampede.