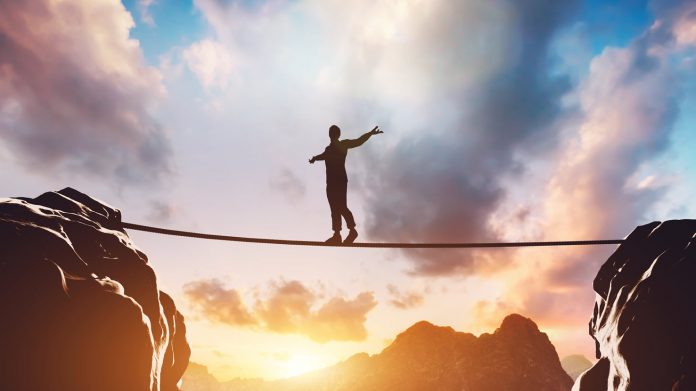 Stocks are holding key support as a major week of news begins.

All four of the market’s trillion dollar companies will report earnings: Apple (AAPL), Amazon.com (AMZN), Microsoft (MSFT) and Alphabet (GOOGL). We’ll also get the first reading on last quarter’s gross domestic product and may see progress on a fiscal stimulus bill in Washington.

The flood of events follows an important week for the S&P 500, with the index testing a previous high of 3425. It managed to hold that level and recoup most of its losses, registering a decline of 0.5 percent between Friday, October 16, and Friday, October 23.

That same shift toward higher rates lifted banks, financials and small caps. Transportation stocks held a breakout above their 2018 highs. Energy and emerging markets were also strong. All those are potential signs of confidence in the economy. Investors may stick with the same sectors if Congress and the White House reach a deal on stimulus.

On the other hand, there could be worries about the coronavirus pandemic worsening after daily case totals rose to new records above 80,000.

Aside from the S&P 500 holding support at 3425 last week, other indicators have shown signs of confidence in the market:

Snap (SNAP) was one of the most important stories last week. The smaller social-media company not only crushed estimates as users spent more time on its platform. It also reported significant growth in advertising revenue. That spurred confidence in other web companies dependent on ads, including Facebook (FB), Twitter (TWTR) and Pinterest (PINS).

Apart from the stock market, Bitcoin (BTCUSD) rallied last week after PayPal (PYPL) let users buy cryptocurrencies on its platform. It was the latest sign of blockchain adoption by mainstream institutions. BTCUSD is now back to its highest levels in over a year.

This week is very busy, with major technology earnings and economic data. Two big political issues could also see progress or failure after long negotiations: stimulus in the U.S. and Brexit in Europe.

Tomorrow brings durable-goods orders and consumer confidence. Caterpillar (CAT) is one of the big reports in the pre-market. Microsoft (MSFT) and Advanced Micro Devices (AMD) are due in the afternoon.

Thursday is a huge day:

Personal income and spending are due on Friday. Honeywell (HON), Exxon Mobil (XOM) and Under Armour (UAA) are some of noteworthy companies issuing results.