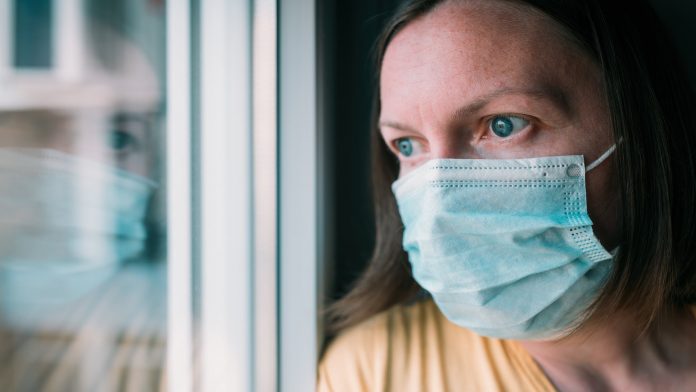 Stocks advanced last week, but uncertainties about the coronavirus pandemic and stimulus are increasing.

The S&P 500 was up as much as 2.1 percent last Monday, only to stall and end the week with a gain of just 0.2 percent. The Nasdaq-100 and Dow Jones Industrial Average traded similarly, closing well off their highs.

Rising coronavirus cases and doubts about the government passing additional stimulus weighed on sentiment. The Centers for Disease Control and Prevention reported more than 70,000 positive diagnoses on Friday, the highest number since July 24. The total has steadily increased for the last month, spurring fears of additional shutdowns into the economically crucial holiday season. Two potential vaccines under development by Johnson & Johnson (JNJ) and Eli Lilly (LLY) also hit delays.

In another potentially ominous sign, initial jobless claims unexpectedly rose for the second straight week. They’re back to their highest level since the end of August. Combined with the risk of no stimulus, this weak employment trend could also hurt business into yearend.

Still, the technology and growth stocks that have led the market this year remained strong. Apple (AAPL) was in focus as CEO Tim Cook unveiled new iPhones that could spur a wave of handset upgrades. Earnings reports will now gain importance. Netflix (NFLX), Tesla (TSLA), Snap (SNAP) and Intel (INTC) are due this week. AAPL, Microsoft (MSFT), Facebook (FB) and Amazon.com (AMZN) follow later in the month.

The S&P 500 is up more than 8 percent from its late-September low. That bounce has left the index in the middle of a potential range. Its early-September high of 3588 may be viewed as resistance. To the downside, some chart watch may want to see a retest of 3425. (The high of Labor Day week.)

There have also been signs of positive sentiment despite the uncertainty. Transportation stocks, often viewed as a leading indicator of the economy, held their recent breakout above January’s highs. Other symbols that rise at times of fear, like bond prices, the U.S. dollar and Cboe’s volatility index (the “VIX”), remain near lows.

Another trend has been strength in Chinese stocks as the Asian giant rebounds from coronavirus. That’s pushed the yuan to its highest level in over a year. The country will soon face another big event as Ant Group prepares the biggest initial public offering (IPO) ever. Ant has raised its valuation because of strong demand. While U.S. investors cannot participate directly, Alibaba (BABA) owns about one-third of the company.

This week brings earnings from prominent technology companies like Tesla (TSLA) and Netflix (NFLX). It also has several big events on the housing industry, which is recovering powerfully.

Today’s earnings include Halliburton (HAL) in the premarket and International Business Machines (IBM) in the afternoon. NAHB’s homebuilder sentiment index, which has set record highs the last two months, is also due. Federal Reserve officials Jerome Powell and Richard Clarida have speeches as well.

Wednesday’s all about Tesla (TSLA), which reports earnings after the close. The Fed’s Beige Book economic report is due as well.

Initial jobless claims and existing home sales are the big items on Thursday. Coca-Cola (KO) AT&T (T) and Dow (DOW) are some of the big names to report in the morning. Intel (INTC) is the main report in the post market.

Another Week, Another Gain for Stocks