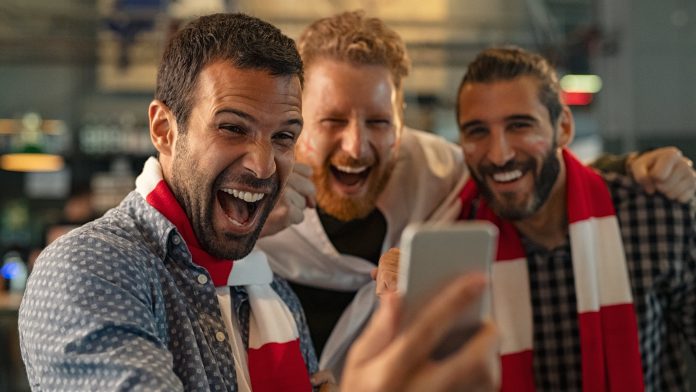 Barely two years ago, sports betting was legalized in the United States. Now investors are getting excited about sports-betting stocks with football season less than a month away.

Several other companies are competing after the U.S. Supreme Court legalized the industry in its May 2018 decision, Murphy v. National Collegiate Athletic Association. Here are the key names investors are watching as they trade stocks:

PENN was a sleepy regional-casino company for most of its 52-year history. That changed in January when it acquired control of the raucous media company Barstool Sports. The move not only gave PENN instant access to the website’s large audience and high-profile founder, David Portnoy. It also transformed PENN’s stock into a super-active trading vehicle for investors seeking exposure to the promising new industry.

PENN will make Barstool Sportsbook available in Pennsylvania next month, with other states following over the winter.

“We have already seen very high levels of interest in the Barstool Sportsbook app from the Barstool audience as well as on a wide range of social media platform,” CEO Jay Snowden said in PENN’s earnings report on August 6.

Morgan Stanley responded by raising its price target the next day. Goldman Sachs followed on August 13 by initiating the shares as “overweight.” Goldman sees PENN hitting $60 as Barstool’s “embedded customer base” is monetized.

DraftKings (DKNG) is the most valuable company in the sports-betting space with a market capitalization of more than $13 billion (vs $7.6 billion for PENN). It’s also the only pure-play sports betting stock because the others have major casino operations. That gives DKNG the cleanest balance sheet: zero debt — a rarity in the gambling industry.

The company started in 2012 as a fantasy-sports company and launched its Draftkings Sportsbook betting service in August 2018.

DKNG went public via reverse merger in April. It quickly gained fans on Wall Street as analysts projected sports betting would grow from under $2 billion of revenue in 2019 to about $12 billion in 2025. DKNG more than tripled by early June and has been consolidating its gains since.

Coronavirus dragged on revenue results last quarter by curtailing professional sports. DKNG plowed ahead by deepening ties with MLB and PGA. It also raised $1.6 billion of capital and partnered with a riverboat casino in East St. Louis.

Now the big question comes down to coronavirus and the start of football on September 10. The NFL begins as usual but college football is limited as universities reopen amid the pandemic. Given their association with sports betting, PENN and DKNG may fluctuate the most based on the headlines. Good news (less Covid-19) could be viewed as positive because it will create more opportunities for betting. More disruptions could have the opposite effect.

Both PENN and DKNG have potential pros and cons for investors. PENN has about $12 billion of debt and operates dozens of casinos around the country. So far its facilities have handled coronavirus better than feared. But if that changes, investors may shift their focus from Barstool to worrying about the physical locations.

DKNG’s biggest potential drawback is its high valuation because it trades at more than 30 times revenue. Its business concentration on sports (no casinos) may also create more risk of coronavirus delaying games.

MGM Resorts (MGM) is the second-most valuable company in the space with a market cap of about $10 billion. It also has a big footprint in traditional gambling hubs like Las Vegas and Macau.

MGM currently offers sports betting in states like Nevada, New Jersey and Colorado via its BETMGM service. The company also got a major vote of confidence on August 10 when Barry Diller’s IAC (IAC) announced it had bought 12 percent of the company for about $1 billion.

That’s interesting because IAC has an eye for online businesses. It acquired Match.com in 1999 successfully spun it off as Match Group (MTCH) last month. IAC also cited MGM’s potential to use existing properties and gaming apps for sports betting.

CZR, valued just under $7 billion, was formed by the combination of older firms including Harrah’s Entertainment, Bally’s and Eldorado Resorts. It mostly operates casinos in the U.S. CZR also offers sports betting under the Caesars Sportsbook brand through a partnership with U.K. betting giant William Hill.

William Hill is the largest holding in BETZ, accounting for about 6 percent of the fund. It trades in London under the symbol WMH.

BYD is worth less than $3 billion. It offers sports betting through an alliance with FanFuel, a fantasy-sports company like DKNG. (The two companies tried to merge in 2016 but were blocked by anti-trust regulators.) FanDuel is now owned by Flutter Entertainment, the No. 4 holding in BETZ. Flutter trades in London under the symbol FLTR.

In conclusion, several companies anticipate exponential growth in U.S. sports betting over the next few years. However coronavirus and its impact on football and basketball are big uncertainties in the near term. Hopefully this post helps you identify the key names to watch — whichever way things play out.

Technical Analysis: Is It Showtime for AMC Entertainment?