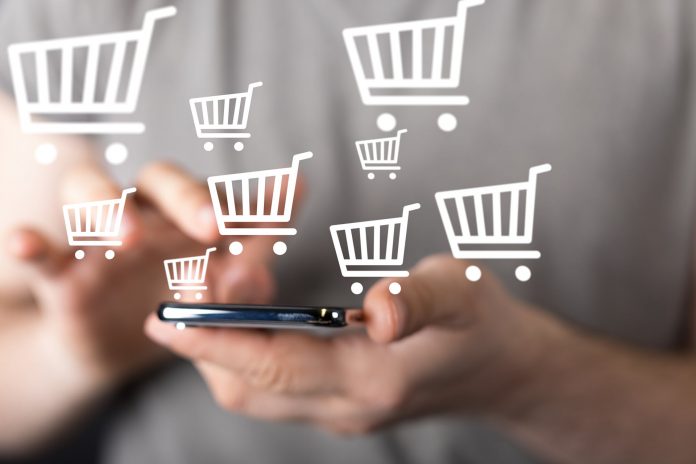 If you want to know the week that e-commerce officially took over the world, this might have been it.

TGT flew past estimates on every category tracked by Wall Street:

The night-and-day realities of retail in the age of coronavirus were especially clear in a report from the Commerce Department. It found that Internet-based sales in the U.S. rose 32 percent in the second quarter, even as the pandemic drove overall business down almost 4 percent.

But it’s not just a U.S. phenomenon. Over in China, JD has widened its user base to smaller cities across the Mainland. Like TGT and Wal-Mart Stores (WMT), JD has used groceries to win new customers. It’s then successfully cross-sold other merchandise like electronics. Another driver is a newer initiative to provide smaller merchants with shipping and logistic services.

All told, JD beat on earnings and revenue as active users swelled 30 percent. That won it a place on Goldman Sachs’ Conviction List. The analyst especially liked its widening sales model and potential for wider profit margins.

SE is the other Asian company emerging as an e-commerce powerhouse. Already a top e-sports firm, SE grew revenue 94 percent. Most of that came from digital entertainment (quarterly active gaming users spiked 61 percent). But SE almost tripled its e-commerce sales, fueled by a doubling of orders in Indonesia. (Google “Shopee” for more.)

It’s another example of how companies are using e-commerce to grow businesses across multiple categories. Amazon.com (AMZN) started with books and Netflix (NFLX) began with mail-in DVDs. Now SE’s doing the same thing with video gaming.

Back in the U.S., three other major big-box chains had strong results but didn’t move as much.

Wal-Mart Stores (WMT), one of the biggest beneficiaries of the coronavirus pandemic, beat estimates across the board. However its now growing much more slowly than TGT and has less traction with millennials. WMT also said “as stimulus funds tapered off, sales started to normalize.”

Lowe’s (LOW) reported a 34 percent gain in same-store sales, more than twice the consensus. Overall revenue beat estimates by more than 10 percent and digital business spiked 135 percent. Earnings also blew past consensus. Still, LOW remained below its old highs because it had run before the announcement.

Ditto for rival Home Depot (HD). The home-improvement chain rallied about 12 percent in the month before its report. It beat estimates, but then investors took profits after management said recent strength may not continue.

Most traditional retailers were already struggling before coronavirus because of e-commerce. Now they’re hurting even more.

Kohl’s (KSS) backward-looking earnings and revenue were better than feared. But the forward-looking trends aren’t so bright.

“In July, we did experience some sales deceleration from June,” CEO Michelle Gass said on the conference call, citing higher coronavirus cases. “We also saw a softer start to the back-to-school selling season, given increased uncertainty around kids returning to school.”

That planted KSS back under $20. The stock has essentially gone nowhere since early April.

TJX, the parent of Marshalls and TJ Maxx, was one of the stronger brick-and-mortar names before the pandemic. But it’s now suffering from a lack of e-commerce. Revenue fell 32 percent and management refused to provide guidance given the uncertain environment.

Cosmetics giant EL is in a similar boat. It managed some online growth, but reliance on traditional department stores caused earnings and revenue to miss estimates.

Semiconductor company Nvidia (NVDA) beat estimates on the top and bottom lines again. This quarter stood out because it generated more revenue from data centers than video-gaming for the first time ever. Analysts think it will keep adding market share now that its chip architecture is well established. They also see more growth potential from 7-nanometer products.

NVDA is the top-performing member of the S&P 500 so far in 2020. It was flying before coronavirus and has now benefited further as the pandemic fuels growth video games and cloud computing.

Deere (DE) was the biggest industrial company to report earnings this week. It rallied to new record highs after profit, revenue and guidance surged past consensus. The tractor maker is benefiting from a combination of cost cuts, and resurgent demand for farm equipment after years of weakness.

Here are two other companies with noteworthy earnings this week:

In conclusion, the last week of earnings season highlighted again the importance of e-commerce as an engine of growth. Most old-fashioned retailers continue to struggle. However some areas, like home improvement, autos and farming have their own internal strength.

Nike Could Be Trying to Break Out Before Earnings