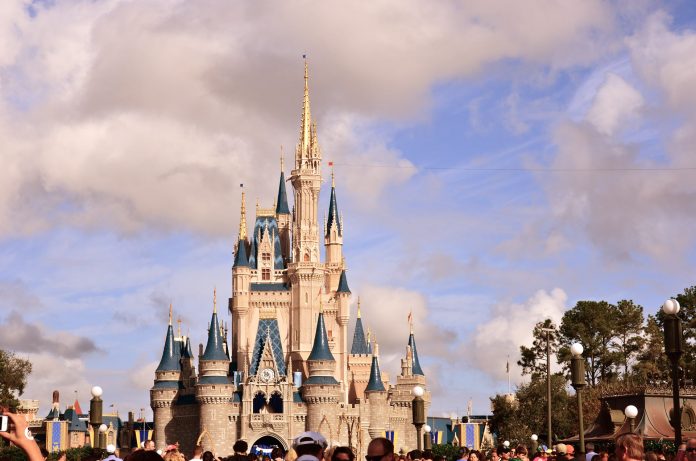 The coronavirus pandemic might have caused a recession. But it’s also driving growth at companies like Walt Disney and Square.

DIS is the most prominent company that reported earnings this week. The health crisis predictably weighed on its backward-looking results. But it also accelerated growth at the company’s important Disney+ streaming service. More than 60 million subscribers have already signed up, reaching a key target four years ahead of schedule.

Other businesses, like theme parks and ESPN, did better than feared after executives trimmed costs. Analysts see that creating potential for even more gains as the pandemic ends and business returns to normal.

SQ beat estimates across the board as government stimulus checks drove growth in its Cash App. Jack Dorsey’s electronic-payments company also said small businesses came back to life in July. It additionally reported that revenue associated with Bitcoin (BTCUSD) rose more than 600 percent amid increased interest in cryptocurrencies.

More than 80 percent of S&P 500 companies have beaten estimates so far this earnings season. The reason is that many were already focused on digital transformation and online commerce. While the pandemic hammered the economy at large, it also accelerated the pace of technological change, turbo-charging the benefits for businesses that were correctly positioned.

Other companies, like Penn National Gaming (PENN), have simply adapted to the new environment. The casino operator broke out to new all-time highs after crowds flocked back to Las Vegas and other venues. PENN’s revenue crushed estimates by about 25 percent and its loss was narrower than feared thanks to cost cuts. There was even more excitement about its foray into sports betting.

“We have already seen very high levels of interest in the Barstool Sportsbook app,” CEO Jay Snowden said in the statement. “Barstool has continued its positive momentum through the second quarter, recording the highest number of podcast downloads in the company’s history in June, making Barstool one of the top 4 largest podcast networks in the country, despite the lack of live sports.”

PENN is targeting the Barstool app’s launch in states like Pennsylvania over the winter.

This week also featured strong results from a pair of solar-energy companies. SolarEdge Technologies (SEDG) and Enphase Energy (ENPH) both flew to new highs after beating estimates. The industry has benefited from strong demand and growing interest in “ESG” investing. That refers to companies focused on environmental, social and governance issues.

Roku (ROKU), however, pulled back despite profit, revenue and usage exceeding forecasts. The one-time high flier hasn’t made a new high in almost an entire year.

Fastly (FSLY) took an even bigger hit. It had climbed more than 700 percent from it March lows after coronavirus fueled demand for its digital-media services. But it fell after disclosing a large dependence on TikTok, the Chinese social media company that President Trump wants to ban in the U.S.

Ralph Lauren (RL) also fell after non-Internet sales tanked more than 70 percent. The luxury-goods stock is now back to its lows from March.

Ride-sharing giant Uber (UBER) might be a tech-based innovator, but it also relies heavily on travel in big cities. However profitability remains an even bigger issue because UBER’s net loss was wider than feared — despite strong revenue. Its gross bookings also lagged consensus.

Western Digital (WDC) closed a 4-1/2 month low yesterday after revenue missed estimates. The provider of hard-drives and data-storage products continues to struggle with weak demand — even with the surge of cloud computing. Related companies like Seagate Technology (STX) and Micron Technology (MU) fell in sympathy.

Costco (COST), on the other hand, broke out to new highs after reporting 14 percent sales growth in July. The warehouse retailer has been another beneficiary of coronavirus boosting demand for stay-at-home items like bulk groceries.

In conclusion, quarterly earnings once again have overcome Wall Street’s worst fears. Many of this week’s gainers are viewed as beneficiaries of the pandemic. But some companies exposed to older businesses and markets have returned to their 2020 lows.