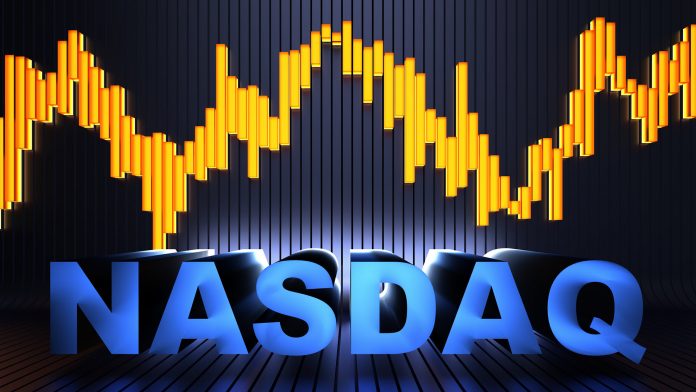 It’s a huge day for the Nasdaq-100, with some of the biggest and most important stocks issuing results.

Amazon.com (AMZN), Apple (AAPL) and Alphabet (GOOGL), three of the market’s four companies worth at least $1 trillion, report earnings this afternoon. Facebook (FB), the fifth-biggest, is also on deck, along with Starbucks (SBUX), Twitter (TWTR) and Activision Blizzard (ATVI).

Several of the companies are grouped under the “FANG” or “FANG+” basket. (Facebook, Amazon.com, Netflix, Google + Apple.) These are broad mass-market technology companies with hundreds of millions of users. They’re flashier and more popular than other techs serving enterprise clients, like Microsoft (MSFT) or Salesforce.com (CRM).

AMZN was just taking off in late 2019. It then got a huge demand boost from coronavirus, making it one of the first major companies to break out to new highs in mid-April.

Second, the holiday-shopping season will obviously be huge for AMZN. That’s especially true if the coronavirus pandemic continues to worsen and drives more business online. Third, CEO Jeff Bezos is in the midst of adding fulfillment centers in places like Waco, Texas, Kansas City and Papillion, Nebraska. Investors will be interested in their cost and long-term profit boost.

AMZN has drifted like the rest of the market, hitting a new high in early September and retreating since. It’s essentially unchanged since the first half of July.

Apple and the iPhone

AAPL’s report could have a lot of moving pieces. Recent quarters have focused on the growth of software and services, but now attention will likely shift back to hardware.

First, wearables like Watch could have a strong quarter after Tim Cook unveiled new products in September. This segment, while small, enjoyed record sales earlier this year. Continued growth would suggest the company is successfully evolving into yet another product category. Wearables also reinforce the big enchilada: iPhones.

Cook released the iPhone 12 earlier this month. It will be AAPL’s first smartphone with 5G networking. Even if the backward-looking numbers aren’t amazing, some recent headlines suggest momentum is returning:

Social-media giant FB also reports tonight. It’s already been moving after smaller platforms like Snap (SNAP) and Pinterest (PINS) crushed revenue estimates. Wall Street interpreted that as evidence of a big advertising rebound. Now everyone wants to know whether FB had a similar surge (especially after a high-profile boycott in the third quarter).

Initial jobless claims are also due. Last week they fell more than expected to the lowest level of the pandemic. Forecasters expect a another decline to 758,000. (Lower claims are “good news” because they mean fewer Americans are applying for unemployment benefits.) Both GDP and claims come out at 8:30 a.m. ET today.

In conclusion, Thursday, October 29 is a major day of news and information. Hopefully this article helps you prepare.