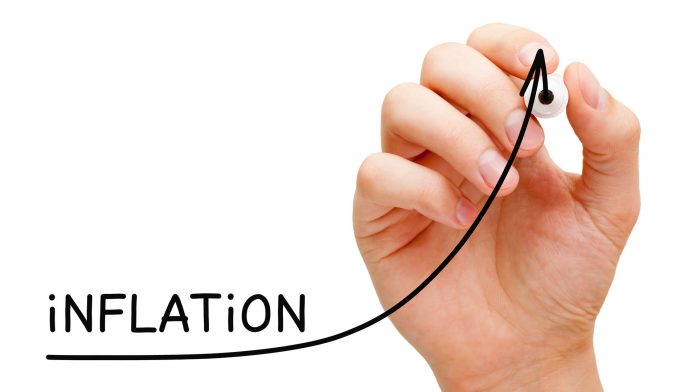 Inflation jumped again in August, but there could be signs of price increases slowing.

The Consumer Price Index rose 8.3 percent last month, according to the Bureau of Labor Statistics. That was 0.2 percentage point higher than expected. The surprise made investors worry about interest-rate hikes by the Federal Reserve, giving stocks their biggest one-day selloff in over two years.

Food prices, shelter and new cars were the main items leading the increases. Food rose 11.4 percent from a year earlier, the biggest change since April 1979. Shelter rose 6.3 percent, the most since April 1986. New-car prices grew 10.1 percent. That’s down from a peak of 13.2 percent in April but it’s still near 50-year highs.

However those categories may be lagging indicators because used cars, energy and transportation led the post-pandemic inflationary spike. Used-car prices started rising in August 2020 (and proceeded to jump a stunning 45 percent by June 2021). Energy and transportation turned positive in February 2021 and were soon rising at the fastest pace in over a decade. But they’ve fallen more recently.

Food and shelter started moving much later. Food’s year-over-year gain didn’t jump above long-term peaks until December 2021. Shelter followed in January 2022. That raises the question of whether last month’s big contributors lead or lag inflation. It could have an important impact on sentiment ahead of the next Fed meeting on Wednesday, September 21.

“The cooling trend is there,” Kelly told Bloomberg Television shortly after the release. He downplayed the importance of shelter because it’s based on the statistical concept of owners’ equivalent rent that “no one actually pays.” Kelly added that “a lot of the things that pushed up inflation are cooling … the big story here is inflation is actually coming down.”

Other market watchers like Jeremy Siegel of Wharton School, speaking to CNBC on September 1, noted the recent drop in industrial price indexes. These so-called purchasing managers indexes are typically considered leading indicators. They were also among the first data points to show inflation accelerating in April 2021 (long before food and shelter).

But the real catalyst will probably be the Fed meeting next Wednesday. Futures markets widely expect a 75 basis point increase, according to CME’s FedWatch tool. The real drivers could be indications of future policy, like estimates of inflation and economic growth. The most important is likely to be the so-called “dot plot” showing interest-rate projections over the next two years.

In conclusion, inflation remains a major concern for investors. However some patterns may suggest the crisis is passing. Investors may want to keep monitoring the situation because a turn could occur quickly — especially considering the high levels of negativity in the market.