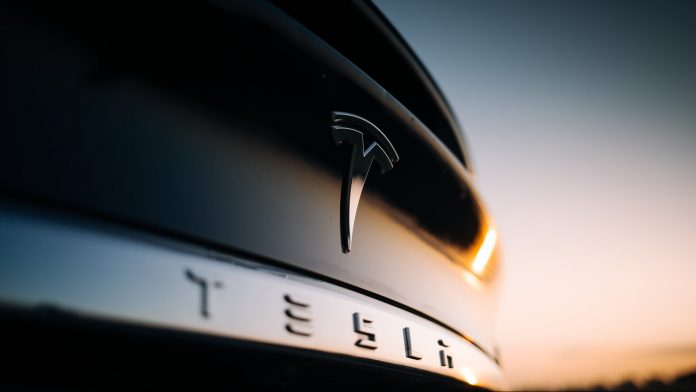 High-multiple growth stocks have lagged since late 2021. But that’s changing thanks to Tesla.

The electric-vehicle giant is up 25 percent so far this month, making it the top performer in the Nasdaq-100 in March. The rally began when TSLA refused to stay under $800 two weeks ago. The shares next ripped through a falling trend line. They continued higher yesterday after management revealed plans for a stock split.

It would be TSLA’s second split in less than two years. The decision follows similar moves by other trillion-dollar Nasdaq stocks like Amazon.com (AMZN) and Alphabet (GOOGL). Splits can make shares accessible to a wider range of investors. They often served as a bullish catalyst during the tech boom of the late 1990s but have been less common recently.

Investors seem to like the trend so far. The iShares Russell 1000 Growth ETF (IWF), dominated by names like TSLA and AMZN, has pulled ahead of the broader market for the first time since November. It’s a big change from the recent pattern of higher interest rates driving money away from growth stocks. Also notice the broken trendline and improving relative strength on the chart below.

The situation could be reminiscent of July and August of 2020, when stock splits by TSLA and Apple (AAPL) drove the Nasdaq-100 to new highs. At least two other positive factors could be emerging for large-cap technology stocks.

First, Federal Reserve Chairman Jerome Powell signaled last week that policymakers will start raising interest rates by 50 basis points. While negative on the surface, the comment removed uncertainty. Investors may now believe there are no more “shoes to drop” — at least for a while. That could be especially true after the Labor Department reports non-farm payrolls on Friday.

The second potential driver comes a few weeks later: quarterly results. TSLA kicks things off with its release of deliveries in early April. Earnings follow at the end of the month from major names like AAPL, Microsoft (MSFT), AMZN, TSLA and Advanced Micro Devices (AMD).

In conclusion, the Fed-induced liquidation of growth stocks has been one of the biggest stories for investors in recent months. But news and price action in the market suggests the panic may be easing as negativity lifts. Will investors now feel confident returning to the major growth stocks that have led the market for years?

After Getting Cut in Half, An Options Trader Thinks this Social...