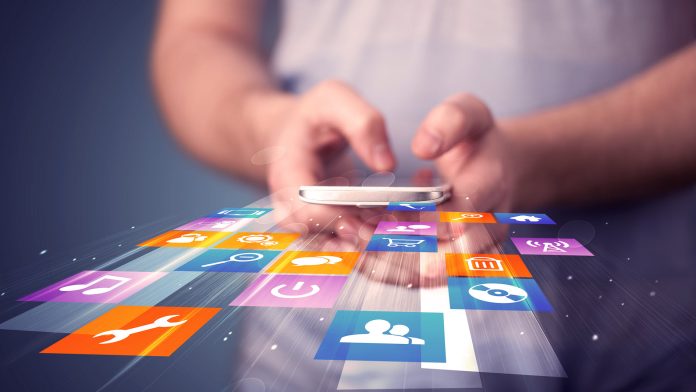 Even before coronavirus drove triggered heavy demand for electronic devices, chipmakers were booming. This month’s mystery stock has been a key player in the semiconductor industry for over a generation.

Like many technology firms, its history began during the Cold War. The Pentagon wanted advanced satellite-communication systems with encryption to outsmart the Soviets. Three scientists in San Diego stepped forward in 1968 to start a company known as Linkabit. All three had links to the Massachusetts Institute of Technology. Their work focused on signal processing, which at the time had no commercial application beyond the military. It would later be used for scrambling satellite-television signals.

The company was acquired in 1979 and has moved between defense conglomerates since. It’s currently part of L3 Harris Technologies (LHX).

Two of Linkabit’s three founders would leave an and create a new company in 1985. It still focused heavily on research, but three years later it merged with another company trying to commercialize its own communication system called Omnitracs. It was cutting edge at the time, letting truck fleets monitor and track vehicles.

The combination was a success, generating sufficient cash flow for the parent company to focus on its bigger goal: commercializing a theoretical technique known as code-division multiple access. Discovered by the Russians decades earlier, this method lets several users share channels by separately encoding their traffic. The result was more data crammed into the same number of radio waves, with more security. There’s a reason why the founders named their company after “Quality Communications.”

Still, there was plenty of opposition to Qualcomm’s CDMA technology. Ericsson (ERIC) was promoting its own time division multiple access (TDMA), which breaks up signals into fractions of a second. QCOM persuaded early carriers like Nynex Mobil and Ameritech to test its systems in the early 1990s.

Several companies already invested in TDMA opposed the new system, partly because it hadn’t been approved by the Federal Communications Commission. This resulted in the “Holy War of Wireless,” which entailed multiple lawsuits over the course of the 1990s.

Still, engineers liked CDMA’s functionality and by 1995, the first CDMA network rolled out in Hong Kong. Over time it came to dominate 2G communications and QCOM was a household name.

The company also made some big changes. It originally manufactured products like Omnitracs but often struggled to keep assembly lines running smoothly. Management responded by outsourcing all manufacturing in the late 1990s. It even sold some factories to ERIC as part of a legal settlement.

While controversial at the time, QCOM’s decision to focus on intellectual property paid huge dividends. Profitability improved and in July 1999 the company joined the S&P 500 index. The following January, QCOM touched $100 as the Nasdaq technology bubble inflated. It wouldn’t see that level again for more than 20 years.

The next decade was less eventful for QCOM as investors shunned technology stocks. The main founder, Irwin Jacobs left in 2005 and his son, Paul E. Jacobs, became the new CEO.

The company also played a big role in the rise of smart phones by providing Snapdragon system-on-a-chip products for Android devices. Another milestone came in 2014, when the Omnitracs division was sold off to private investors.

The next big event came in late 2016 with the attempted purchase NXP Semiconductors (NXPI). Antitrust regulators blocked the deal a few months later. Apple (AAPL) followed almost immediately with a lawsuit over royalty practices. QCOM countersued in April 2017. Investors hammered the stock amid the uncertainty. QCOM even found itself the target of an unsolicited takeover at the hands of Broadcom (AVGO), which it successfully avoided.

New challenges surfaced in 2018 when the Trump Administration blocked trade with Chinese telecom giant ZTE. The NXPI deal also fell through, forcing QCOM to refocus. Its first step was buying back $10 billion of its depressed shares.

The next major event came on April 16, January 2019, when management settled the patent dispute with AAPL. The move not only resulted in higher earnings. It also lifted a major cloud of uncertainty. Investors piled back in, lifting QCOM 21 percent its biggest gain of the century. The shares continued to drift higher throughout the year, only to crash along with the rest of the market in March 2020.

While the coronavirus pandemic was a short-term headwind for most stocks, it quickly emerged as a tailwind for technology firms.

Investors got the first dose of good news from QCOM in July 2020, when quarterly results beat estimates. The company also confirmed that its long-awaited 5G networking business was finally taking off. That helped drive QCOM above $100 for the first time ever. The stock peaked around $168 early this year, then entered a long consolidation phase as investors worried about supply-chain issues in the chip space.

Then came a mega-important quarterly report on November 4. Earnings, revenue and guidance all beat estimates. The news had several results. First, it launched QCOM to new all-time highs near $190. Second, it gave investors confidence that supply-chain issues were improving in the entire semiconductor market.

Third, management is successfully moving into its next big opportunity after mobile: smart devices, also known as Internet of things (IoT). Revenue from that new market increased 66 percent last quarter.

Executives delivered more of that vision in an investor day event on November 16. The future QCOM will rely less on AAPL and benefit more from the rise of autonoumous vehicles, with automotive sales expected to more than triple by the end of the decade. Management also cited the potential from increased virtualization and gaming and artificial intelligence.

In conclusion, QCOM has been a pioneer in the realm of mobile communications since its launch 36 years ago. Its CDMA technology helped drive some of the first digital networks and the first smart phones. The company had some big struggles between 2016 and 2019, but put them in the rearview mirror last year. It broke out again recently as investors embrace its vision for coming years, with management moving beyond smart phones to newer growth areas.

Tesla Is Weaving in Its Lane: Chart of the Day