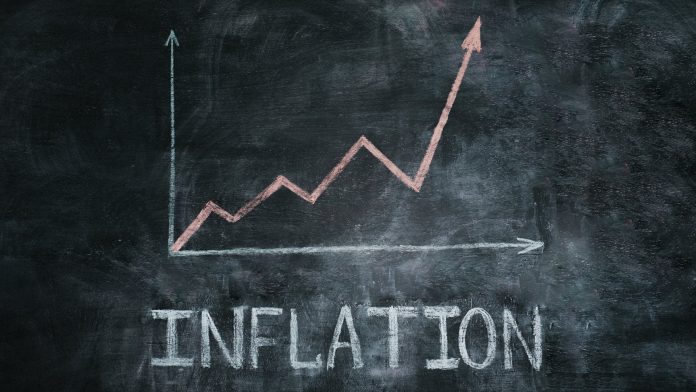 The SPDR Technology ETF (XLK) and Nasdaq-100 both declined more than 3 percent between Friday, September 24, and Friday, October 1. That dragged the broader S&P 500 down by 2.2 percent on the week, and capped off the index’s first losing month since January.

Bottlenecks resulting from coronavirus “are apparently getting a little bit worse,” Federal Reserve Chairman Jerome Powell told Congress last Wednesday. “We see that continuing into next year probably, and holding up inflation longer than we had thought.”

Other headlines were positive on the economy, potentially keeping upward pressure on yields. The Institute for Supply Management’s manufacturing index jumped more than expected to a four-month high on strong demand. Merck (MRK) also announced its experimental antiviral drug molnupiravir could dramatically reduce coronavirus deaths — another potential step toward curbing the pandemic.

There were also some interesting movers in the S&P 500 last week that stand to benefit from inflation. Dollar Tree (DLTR) rallied 16 percent after announcing it will start raising prices above $1 per item. CF Industries (CF) jumped to new all-time highs as fertilizer shortages drove up prices. Vaccine maker Moderna (MRNA), the biggest gainer in the index this year, tumbled on news of MRK’s potential therapeutic drug.

Bitcoin rallied after holding support at $40,000. Sentiment recently fell to the most bearish since cryptocurrencies bounced in late July. Ethereum also rallied. If the trend continues, it could potentially drive interest in blockchain-associated stocks.

Friday might have been an important day because the S&P 500 initially fell to its lowest level since July 20. After about an hour below that line, it turned higher and closed up more than 1 percent. The bounce also occurred at the 100-day moving average, where the index bounced 11 months before.

Like cryptocurrencies, surveys show high levels of negativity toward stocks. The American Association of Individual Investors had its most bearish reading in a year last week. CNN’s Fear & Greed Index is also mired at the more pessimistic end of its spectrum. This gloom, spurred by the Fed and worries about the Delta variant, is a potentially bullish indicator because it may suggest money managers are underinvested. Rallies have followed similar extremes of negativity, like October 2019, April 2020 and October 2020.

Last week also marked the end of the third quarter. The S&P 500 and Nasdaq-100 rose less than 1 percent and the Dow Jones Industrial Average declined almost 2 percent. It was the worst quarter for all three indexes since they crashed in early 2020.

This week has more events that could potentially impact interest rates and the inflation trade. OPEC+ meets today, with crude oil near multiyear highs and energy shortages hitting Europe.

PepsiCo (PEP) reports earnings tomorrow morning, the only significant quarterly report this week. The Institute for Supply Management’s services index is also due.

ADP’s private-sector payrolls report is on Wednesday, along with crude-oil inventories.