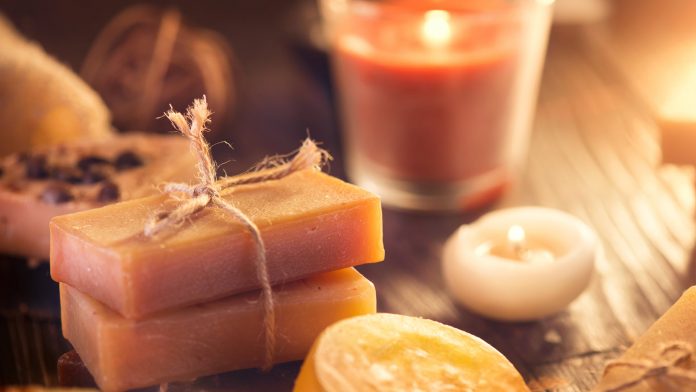 The last year has been the worst of times for traditional retailers, but also the best of times. That’s especially true for a company like today’s mystery stock.

It rose 94 percent between December 31 and June 30, making it No. 3 performer in the S&P 500 during the first half. The rally followed years of declines as shopping habits and consumer preferences changed. Its rebound may also demonstrate how brick-and-mortar merchants can reinvent themselves in the post-coronavirus era.

July’s mystery stock traces its origins to the 1960s, when young women were growing as a demographic category. A 26-year old business major had a key insight from helping in his parent’s Ohio clothing store: Lower cost-cost items like skirts could be more profitable because they sold quickly. He secured funding from his aunt and a bank to launch his own business, which went public in 1969.

Eight years later and 2,470 miles away, a 30-year old marketing executive was embarrassed buying lingerie for his wife. He also borrowed money from his family to launch a store where husbands could discretely shop for their spouses. The new company was named after a 19th century British monarch and steadily grew, thanks in part to its mail-order business.

The Limited had expanded well beyond Ohio during the same time, and was thriving as a business. Its success partially resulted from management’s ability to quickly discount products that sold poorly. Ever aware of what was working, executives acquired California-based Victoria’s Secret for $1 million in 1982. They shifted its focus from husbands to its women, its natural customers.

Another innovation was The Limited’s reliance on its procurement division, Mast Industries, for supplying its stores. Mast’s ability to purchase merchandise cheaply overseas helped create private labels like Forenza.

The Limited also founded Express in 1980 and was added to the S&P 500 in 1983. A decade later, the apparel chain introduced an in-house brand called “Bath & Body Works.” The Body Shop, a British company with similar products, successfully forced the Ohio company to change its packaging. Bath & Body Works shifted from a modernistic green branding to a folksy middle-American look. The company then invented a farm-girl founder named Kate.

By 2007, Express (EXPR) was spun off as separate company. Limited Brands changed its name to L Brands and focused on its core chains, Victoria’s Secret and Bath & Body Works. The Limited business was completely sold by 2010 and went bankrupt seven years later.

Still, LB’s best years were ahead of it. Victoria’s Secret thrived after the Great Recession of 2008 under the leadership of Sharen Jester Turney. The former head of e-commerce and catalog sales helped expand the lingerie shop until it controlled about one-third of the market. She resigned in 2016, marking a top for both the division and the broader company.

The stock had briefly tested $100 before Turney left. It was soon breaking through $80 and continued to slide for the next four years. Many of the forces that had lifted the shares now dragged them lower. Customer loyalty waned as cheaper competitors entered the market. Unsold merchandise led to price cuts. Money borrowed to expand became a heavy debt load, whose cost increased relative to a shrinking bottom line.

LB also struggled along with other retailers as millions of Americans shifted to online merchants like Amazon.com (AMZN). Its final collapse occurred last year as coronavirus triggered shutdowns across the entire economy. LB bottomed at $8 on March 17, 2020.

Since then, the bulls have focused on two positives. First, the company announced major cost cuts and store closures for Victoria’s Secret on July 28. That helped position the company to spin off or sell the chain.

Finally, LB benefited from a change in sentiment as investors shifted to value stocks in late 2020. After years of focusing on growth companies like Apple (AAPL) and AMZN, money managers started looking for opportunities in beaten down old-economy stocks like banks, energy and retailers.

In conclusion, LB is one of the most successful retail companies in the last 50 years. It’s pioneered new categories like young women’s apparel, lingerie and housewares. Management has steered it between changes in consumer behavior, and managed to succeed even after its initial brand went out of business. Now it’s finding a new life as a seller of perfumes and soap, while divesting one of the most iconic brands in recent memory.

Chart of the Day: Is Tesla Going into Reverse After a...