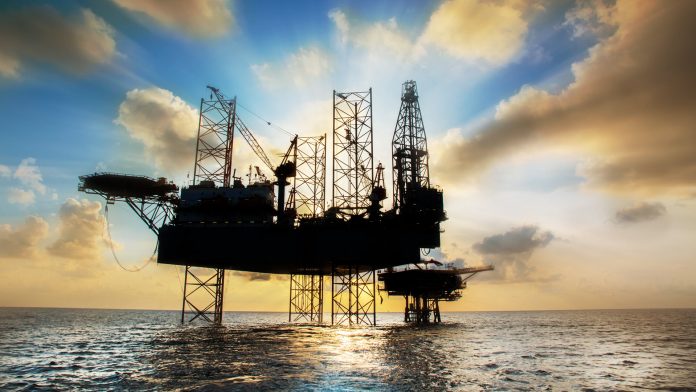 Someone is targeting a breakout in oil giant BP with a carefully crafted options strategy.

Transactions occurred simultaneously around 12 p.m. ET in the July 23 puts and the July 29 calls. Large blocks of similar size occurred at the same time, spaced out over 20 minutes. All told, the investor bought about 35,000 July 29 calls for $0.66. They sold a matching number of July 23 puts for $0.26, resulting in a cost of $0.40 per contract.

Calls fix the price where investors can purchase a stock. They tend to appreciate when shares rally. Puts are usually bearish because they establish a minimum exit. However, they are neutral/bullish when they sold like yesterday because the trader hopes BP will remain above a certain level.

What’s it mean? First, realize this is a potentially risky strategy because it involves selling naked puts. But there seems to be some interesting logic in the trade:

Why do it? Taking point No. 1, they apparently don’t want to miss a rally. Say BP has some kind of bullish catalyst and the stock jumps toward its pre-coronavirus levels around $31. Owning stock for $29.40 in that case would be instantly profitable.

That brings us to point No. 2: They only buy the shares in the event of a rally above $29. He or she only pays $0.40 now for the right to own shares under certain circumstances. Their main risk is losing money on the short puts below $23.

And that brings us to point No. 3: Notice how BP bounced around $24 in March and April. Given that chart pattern, the investor may see little risk of a dive below $23.

In summary, the bullish trade in BP is designed to achieve specific goals. It lets an institutional-sized investor profit from a rally if — and only if — it happens. It costs little upfront and it goes away if circumstances don’t play out. In a worst-case scenario, they’ll be forced to own shares at the lowest price in over two months.

Tuesday’s trade illustrates how options can be adapted to almost any scenario to achieve a very specific outcome. Studying how others trade can teach ordinary investors a lot about risk management and the use of technical analysis.

Markets Panicked About Higher Rates. These Charts Suggest the Move Could...