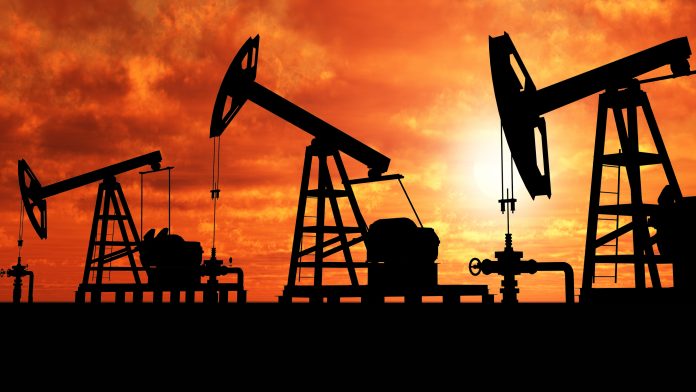 Stock indexes, along with crude oil, just closed at their highest levels of the year. Is it the top, or the start of another rally as fear leaves the market?

Let’s review some of the key points with equities in the midst of their third straight winning month.

One big trend has been the apparent disappearance of anxiety. Cboe’s “fear index” of volatility on the S&P 500, the VIX, closed at its lowest level since October 3. Other safe-havens have also failed to maintain rallies.

That’s true for the Japanese yen (@JY), gold (@GC), Treasury bonds (@US) and Swiss Franc. Normally at least one of those keeps surging when panic is real.

Next has been a return of growth and technology stocks. Did you know the Nasdaq-100’s own version of the volatility index ($VXN.N) closed yesterday at its most tranquil level since August 29?

Another pattern within technology and growth has been the popularity of new companies. Most of the Nasdaq-100 members hitting new highs this year are much less known than the high-fliers of 2017 and 2018.

Argentine e-commerce stock Mercadolibre (MELI), for instance, is the index’s top performer in 2019 with a 73 percent gain. Cadence Design (CDNS) also closed at a new high yesterday. Cisco Systems (CSCO), a well-known but relatively unglamorous name, is back to prices last seen during the dot-com tech bubble.

This is a big contrast from recent years when attention focused on a narrower set of companies, often known as “FANG.” But now even that group is showing signs of breaking out of its recent range.

That would translate into tighter supplies. Throw in likely jawboning from OPEC into the cartel’s next meeting April 17-18, and there could be ingredients for more upside in energy. That, in turn, would spur confidence with economists whose models use oil prices as a forward-looking indicator.

Meanwhile, inflation readings for February were also milder than feared. (We’re talking about consumer prices and producer prices.) That shouldn’t ruffle too many feathers at the dovish Federal Reserve.

Last month’s non-farm payrolls missed estimates by a wide margin. However, even that number’s questionable because it included a huge drop in education, government and construction workers. Given one-off events like the government shutdown and historically cold weather, that weakness seems less frightening.

Other reports, like ADP’s private-sector payrolls and jobless claims, didn’t ring any alarm bells. (ADP missed slightly, offset by a hefty +87,000 revision for January, while claims fell more than expected.)

But what about earnings? Didn’t you hear that profits will drop for the first time in almost three years? In case you didn’t know, Factset said on March 8 that earnings for the current first quarter are expected to shrink 3.4 percent. Every major sector’s outlook has worsened since the end of 2018.

The issue, however, could be that markets are forward looking. But maybe the fourth quarter’s bears knew these current poor results were coming. Then, the bad news may all be priced in.

Each of those events has caused brief scares, but each time the proverbial “other shoe” has failed to drop. The big question now facing the market is how many doom-and-gloomers remain on the sidelines, still waiting for a deeper pullback that may never come?

Can This Tech Giant Hold Support?

Not All Tech Stocks Are Down This Quarter