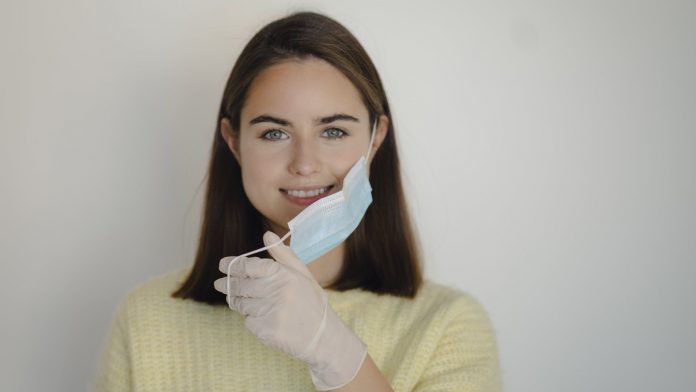 From falling cases to fewer social restrictions, there’s all kinds of good news about coronavirus this month.

While the pandemic has been easing since winter, several positive trends now appear to be accelerating. It could be especially important as summer begins because warmer weather could reduce infections. Meanwhile the key vacationing and driving season is about to begin.

This article will first consider how a dramatic change in sentiment apparently took place in the last week.

New coronavirus infections are now averaging about 31,500 per day, according to the Centers for Disease Control and Prevention. That’s the lowest reading since June 24, 2020.

The current average is about 25 percent higher than where it stood 12 months ago, but things will flip dramatically in coming weeks. After all, the case counts surged above 50,000 in late June 2020. That means year-over-year change will swing sharply to negative in the next few weeks.

Deaths are also waning. The seven-day average has dropped to 561, the lowest since April 1, 2020, according to the CDC. The agency also tracks “excess deaths,” the number above normal levels based on season and population age. That reading has been below trend for the last two months.

The CDC made waves last Thursday by announcing that fully vaccinated people don’t need to wear masks or practice social distancing. It was a big change from the agency because its director, Rochelle Walensky, warned as recently as March 29 of “impending doom” from a rebound in the virus.

“We’re going to be at a point where there very little infection and the individual risk a person is low,” former Food & Drug Administrator Scott Gottlieb told CNBC on Monday. “The risk is really collapsing.”

Gottlieb’s potentially important because he predicted the severity of coronavirus 14 months ago and a recovery in late April. He added that he sees little risk of CDC’s new guidance worsening the pandemic.

President Joe Biden is already changing policy in response to the health conditions. Also on Monday, he authorized the export of at least 20 million doses of coronavirus vaccine. The decision follows months of rising inoculation rates in the U.S. — another sign of the crunch easing.

Two big questions remain. First, will Congress reduce unemployment benefits to encourage people to return to work? The Chamber of Commerce urged eliminating the $300 weekly payout introduced in March. States including Missouri, Ohio and Georgia are already planning to drop the measure.

Second, what will the Federal Reserve do? So far the central bankers have insisted they’ll keep interest rates low for the next year. But will that continue if people like Gottlieb are right about the pandemic?

Rick Rieder, who oversees more than $1.5 trillion of fixed income at mutual-fund giant BlackRock (BLK), thinks the Fed needs to stop pumping money into the market.

“I would start to taper [ asset purchases ] sooner rather than later,” he told Bloomberg yesterday. He added that the policymakers should buy fewer short-term bonds and mortgage-backed securities, and potentially shift to longer-dated bonds. “It’s time to evolve the policy,” he said.

Rieder’s view implies the system is working well for ordinary short-term financing. The main risk could be higher inflation over the longer term. Overall, Rieder anticipates an “explosive growth dynamic” in coming months. If he’s right it could lift value-oriented sectors like financials, energy and industrials.

In conclusion, coronavirus has dominated the market like few other stories in history. It caused the fastest correction ever, the worst recession since the 1930s and the most aggressive policy in the Fed’s 107-year history. The crisis has been fading for months, and now it could be disappearing as a narrative for investors. Normalcy could finally be returning.