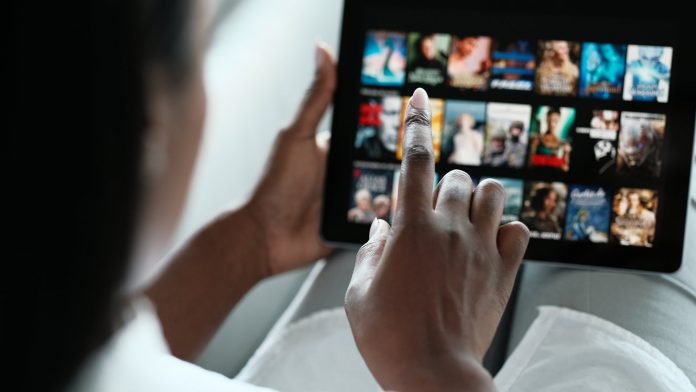 Netflix stock has gone nowhere since the summer. But that could change when it reports earnings tonight.

The streaming-video giant was one of the first companies to recover when coronavirus forced millions into lockdown last year. It was also one of the first stocks to peak as investors pivoted to smaller firms with even faster growth. NFLX shares continued to limp after coronavirus vaccine success in November drew investors back to non-digital industries like energy, banks and airlines.

The fear is that CEO Reed Hastings won’t be able to keep up with 2020’s stunning growth (37 million new paid subscribers in a single year). Analysts cite the brutally difficult comparisons with the pandemic surge. They worry about increased competition from the likes of Disney+ and Discovery. However the concerns haven’t played out, and now some analysts think some newer positives could emerge.

The first big positive for NFLX could be lower churn, or the percentage of users cancelling service. This is one of the most important numbers for subscription-based services because the longer customers keep paying, the more revenue comes in.

Business Insider recently published data from analytics firm SimilarWeb. It found that first-quarter traffic to NFLX’s cancellation-confirmation page fell 20 percent from a year earlier and was unchanged from late 2020. That suggests many of the new customers who signed up for shows like “Tiger King” and “The Queen’s Gambit” are sticking around.

The second potential catalyst could be price increases. Bernstein noted on April 6 that NFLX recently hiked fees in countries like Germany and Argentina. The analyst added that management has a proven strategy of keeping the Basic plan cheap while forcing higher-end users to pay more. Bank of America made a similar observation in its note on Friday.

Is Netflix a Profitable Company?

This dovetails with a third trend that could help the company: an increasingly global footprint. After all, being in more countries means NFLX can raise prices more often without locals noticing. Each quarter can bring a few more price-hikes to boost profitability and please investors.

The international story could get more exciting as 5G networks continue to spread. So far, investors have mostly looked past NFLX’s growth outside the U.S. But more than four-fifths of last year’s expansion occurred outside North America. Before long, investors could focus more on the triple positives of global 5G (which expands potential viewers around the world), continued global expansion and price hikes.

What to Expect From Netflix Earnings

Consensus estimates predict Netflix earned $2.97 a share on revenue of $7.13 billion. That would be up 89 percent and 24 percent, respectively, from the March 2020 quarter.

Subscriber growth is even more important because it’s the main driver of future earnings. Management guided toward adding 6 million when it last reported on January 19. A substantial surprise could drive the stock to new highs.

Traders may notice a few changes with NFLX’s stock recently. For one, big Nasdaq-100 firms like Alphabet (GOOGL) and Facebook (FB) are hitting new highs. It’s a very different situation than January, when reopening plays like energy were leading.

Speaking of the social-media giant, NFLX has some potential similarities with FB before its recent breakout.

For example, NFLX bounced at its 200-day moving average on March 26. That resembles FB around March 8.

Second, both stocks have shifted in tight ranges since the summer. They’ve managed to hold lows above previous highs. That can mean old resistance is new support — another potentially bullish pattern.

In conclusion, NFLX has struggled for months as investors moved away from the stay-at-home story. But new trends like price increases, lower churn and global growth could be the next major catalysts for the digital-media giant.