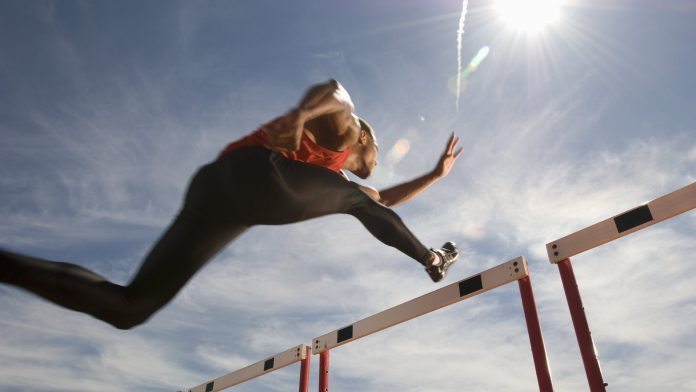 Netflix’s (NFLX) fourth-quarter results cleared two major hurdles that had been worrying investors. First, strong subscriber growth dispelled worries about market saturation and competition. Next, the streaming-video giant boosted its outlook on margins and free cash flow. That reduces its potential need for raising capital. Management said a stock-buyback program could be next.

NFLX leaped 17 percent on the news, its biggest rally in over four years. It also planted the stock above its July high, representing a potentially bullish breakout. Going forward, analysts think the company may further boost profitability and benefit from growth in Asia.

Intel (INTC) beat estimates across the board: earnings, revenue and guidance. Personal computing, data centers, the “Internet of things,” memory chips and programmable circuits all surprised to the upside. It’s another sign of the runaway demand for computing power in the current economic cycle.

The chip giant is also attempting a major turnaround by hiring former technology chief Pat Gelsinger as CEO. Investors hope he’ll be able to correct years of production issues that mired the stock below its 2000 highs while most rivals have broken out.

ASML (ASML), whose lithography machines are key for chip making, beat estimates thanks to strong demand for logic processors and memory. Management said the broad growth of digital infrastructure and automotive demand is helping drive results. The Dutch company also suggested it may accelerate share buybacks.

While the pandemic boosted demand for many technology companies, International Business Machines (IBM) isn’t one of them. Its revenue dropped for the fourth straight quarter, trailing estimates. IBM is also showing little traction in cloud and cognitive products needed for its future growth.

Alcoa’s (AA) problems are thinner margins and uncertainty about its future. Earnings and revenue both surpassed estimates as the global economic recovery boosts demand for aluminum. However management sees profits weakening because of lower prices and higher costs. Stimulus hopes lifted AA before the report, but then the shares had their biggest one-day drop since mid-June.

United Airlines (UAL) painted a bleak picture. Instead of predicting a return to normal post-Covid, management focused on cutting more costs. Earnings, revenue and guidance all missed as management refused to say when the vaccine rollout will help its business.

Consumer stocks like Procter & Gamble (PG) benefited from the pandemic last year as millions of people remained at home. But that catalyst may have passed: “We saw a sequential deceleration in U.S. consumption in our categories in December and January,” CFO Jon Moeller said on the conference call. Near-term trends “continue to be challenging and [are] more difficult to predict,” he added.

It should be noted that just the opposite thing is happening with automobiles. Bloomberg reported that dealership chain CarMax (KMX) saw a rapid spike in customer traffic early this month. That suggests things have changed dramatically from its last bearish report on December 23. Keep reading Market Insights for more on the recent surge across the automotive space.

In conclusion, two big Nasdaq companies beat estimates this week: NFLX and INTC. Semiconductors continue to enjoy strong demand, but IBM is still struggling. UAL doesn’t see much light at the end of the coronavirus tunnel and PG doesn’t expect much more benefit from social distancing. Next week is busier as huge names like Apple (AAPL), Microsoft (MSFT) and Tesla (TSLA) report.