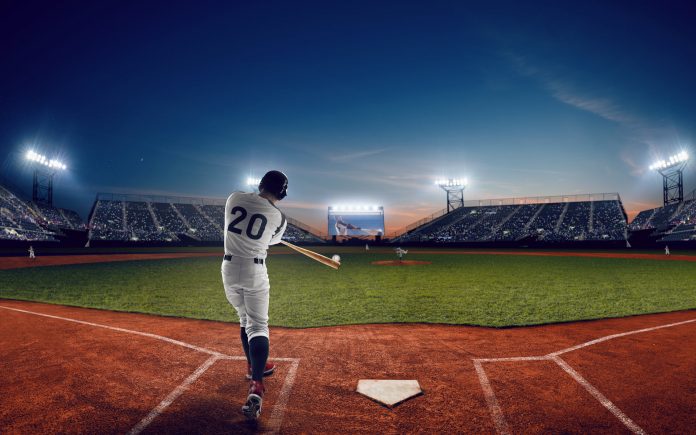 NCAA basketball is reaching its finale with the baseball season about to start. It’s a great time revisit companies with exposure to sports betting.

Led by stocks like Penn National Gaming (PENN) and DraftKings (DKNG), sports-betting is a new industry. It was made possible by a Supreme Court ruling three years ago. Executives have assembled businesses since then, signing deals and obtaining licenses. They’re now ramping up, just as social lockdowns from coronavirus ease.

DKNG has been the biggest mover so far this year, rallying over 50 percent. It’s the straightest pure-play sports-betting stock because, unlike most rivals, it doesn’t operate traditional casinos. The company is active in states like Colorado, Illinois and Pennsylvania. Investors are now hoping that New York legalizes off-premise betting so residents can use its mobile app.

Optimism about the Empire State lifted DKNG to a new all-time high this week. The stock has also been riding a wave of enthusiasm after beating revenue estimates on February 26 and raising guidance.

The sports-betting market has been estimated at more than $100 billion, almost all of it illegal. Analysts see the potential for licensed firms to capture more than half the business in the next three years. The next big dates will be a string of NCAA basketball games March 27-30. Major League Baseball starts on April 1. The NCAA’s Final Four is on April 3, and the championship is two days later.

Penn National Gaming (PENN) is the No. 2 sports-betting stock in the eyes of investors. Originally a boring casino operator, PENN surged to life in January 2020 after taking control of sports-news company Barstool. Since then, it’s launched the Barstool betting app in Pennsylvania, Michigan and Illinois.

“It’s been bonkers in Illinois for us,” PENN CEO Jay Snowden said in a CNBC interview yesterday. “We’ve had a great first four or five days since March Madness started.”

The company next plans to go live in states like Indiana and New Jersey, which have already legalized sports betting. Snowden added that others like Georgia and Ohio could also look to pass the necessary legislation.

MGM Resorts (MGM) is still mostly a casino company. It’s rallied along with other leisure and hospitality stocks as traders look for the economy to reopen. Management is taking steps into sports betting with its BetMGM app. It’s also struck marketing deals with companies like Buffalo Wild Wings and Callaway Gold (ELY).

Bally’s (BALY) is another traditional casino operator entering the sports-betting market. Last week it announced a deal to serve as an authorized operator for MLB. It’s already working with the NFL and NBA. BALY has risen more than 800 percent from its March low.

Rush Street Interactive (RSI) is a newer company (founded in 2012) that focuses on Internet-based wagers. It had a big jump March 11 after beating revenue estimates and announcing it would go live in New York once the legislation passes.

In conclusion, the sports-betting industry continues to take shape. It made significant progress last year despite the pandemic. Now some traders are looking for more activity in 2021 as travel and sporting events resume.

An Unexpected Positive in Housing