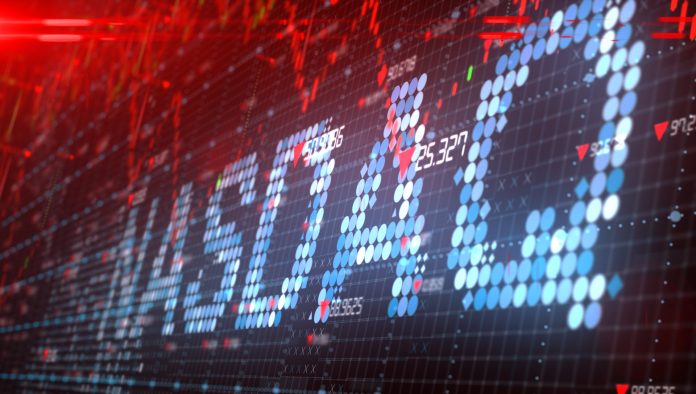 The S&P 500 rose 1.7 percent between Friday, July 24, and Friday, July 31. The index has risen in four of the last five weeks. It also completed its fourth consecutive winning month — up 5.5 percent in July.

Apple (AAPL) stole the show with a surge of iPhone orders and unexpected demand for Macs and iPads. The technology giant announced a 4-for-1 stock split, launching the shares 15 percent higher on the week. It’s now less than 9 percent away from a $2 billion market capitalization. Amazon.com (AMZN), Facebook (FB), Advanced Micro Devices (AMD) and United Parcel Service (UPS) also jumped on strong results.

Investors got the first official reading of the economy’s contraction in the second quarter because of coronavirus. It shrank almost 33 percent, slightly better than feared. Other numbers like jobless claims and consumer confidence were mixed, but everyone’s watching the spread of Covid-19.

“The path of the economy will depend significantly on the course of the virus,” Fed officials said in their post-meeting statement last week. Chairman Jerome Powell later said the central bank would “do what we can for as long as it takes” because “the data pointing to a slowing in the pace of the recovery.”

Technology stocks led the rally, surging 5 percent. It was their biggest weekly gain since the start of May. AAPL led the charge, but several semiconductor companies also had bullish news:

Gold, silver and mining stocks also hit new 52-week highs last week as dovish Fed policy and an ailing economy dragged down the U.S. dollar. Did you know the greenback had its biggest monthly drop (-4%) in almost 10 years?

Other outperformers last week included real-estate investment trusts, housing and software. Energy and financials, the worst performers on a year-to-date basis, led to the downside.

It was also a big week for cryptocurrencies, with Bitcoin (BTCUSD) breaking above its February high of $10,500. Ethereum (ETHUSD), the second-biggest blockchain asset, surged to its highest level in over a year. It then proceeded to hit a 23-month high above $400 during the weekend. ETHUSD could remain in focus as testing begins on the upgrade to Ethereum 2.0.

The S&P 500, on the other hand, is still stuck around the same price level where it gapped down at the start of the coronavirus correction in February. Almost all the gains have come from major technology stocks in the Nasdaq-100, which broke out to new highs in June. The other big indexes like the Dow Jones Industrial Average and Russell 2000 remain far below their pre-pandemic levels.

There were also a few big movers last week outside the big indexes:

This week has the last big cluster of events before the summer doldrums. Uncertainty about the passage of a new coronavirus-relief bill in Congress could be another big story.

Factory orders are due tomorrow, along with the start of the Ethereum 2.0 test. Walt Disney (DIS), Twilio (TWLIO), Match (MTCH), Beyond Meat (BYND) and Enphase Energy (ENPH) issue results.