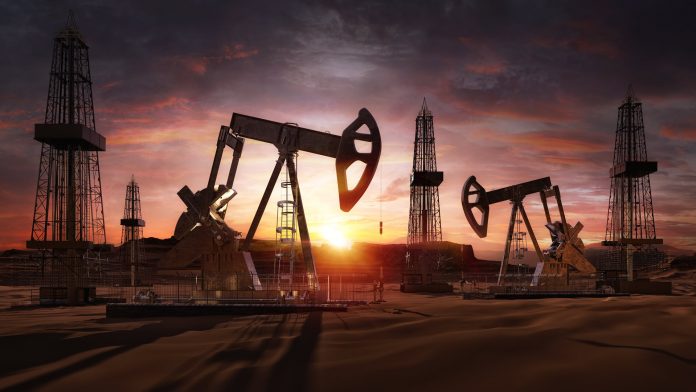 Energy stocks are the only positive sector in 2022, but they’re ending the year under a cloud of negativity.

Crude oil futures (@CL) have fallen 13 percent so far in December, putting them on pace for their biggest drop in over a year. They’re down in six of the last seven months, according to TradeStation data. @CL also hasn’t made a new high since March.

A combination of trends seem to be lining up against energy. They could weigh on stocks in the sector — especially with the New Year approaching.

“An enormous gap has opened between energy stocks and the price of energy commodities,” JPMorgan Chase strategist Marko Kolanovic told clients last week. He said oil and gas producers could fall 20-30 percent in the short term.

The first problem is growing inventories of distillate fuels like diesel and heating oil. They hit a 17-year low in May, but are now back to their highest levels since Russia invaded Ukraine in February. Reuters noted on December 9 that stockpiles typically shrink this time of year. So an increase may suggest the market is swinging toward increased supply.

Second, western sanctions against Russia are having unintended consequences. India is simply buying more Russian crude at deep discounts, which is increasing the amount of unused Saudi and Iraqi oil on global markets. (This is based on analysis by British research firm Vortexa quoted last week by Indian publications like Business Standard and First Post.)

On a related note, Reuters noted last week that China may export a record 7 million tons of refined products in December. The surge would result from coronavirus lockdowns reducing domestic demand.

Third, U.S. production is rebounding. Energy Department data shows U.S. drillers extracting 368 million barrels in September (the most recent month with numbers). That’s near the highest level since March 2020. The total may have increased further because active rigs have increased about 2 percent since September. (According to faster-moving weekly data from Baker Hughes.)

Next, the trend of increased production may continue in 2023. Exxon Mobil (XOM) said last week it will spend 10 percent more on capital investments. Chevron (CVX) hiked its plans by 25 percent.

There could be another risk on the political front as the Biden Administration looks to punish oil and gas firms more stringently for methane leads. The proposed rules would build on top of new Environmental Production Agency (EPA) rules from 2021, according to OilPrice.com.

Finally, the White House eased sanctions on Venezuela in late November. That could also increase production in the country with the world’s biggest oil reserves.

In conclusion, energy stocks broke out in January as investors focused on high inflation, limited inventories and geopolitical risk. The sector kept advancing through mid-November, but now some potential negatives could be piling up.

Standardized Performances for ETFs mentioned above