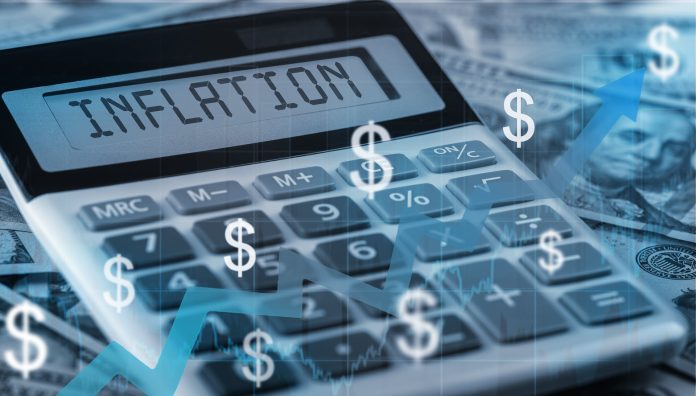 Stocks are trying to hold a key level as investors brace for more inflation news and a potentially bearish earnings season.

The S&P 500 rose 1.5 percent between Friday, September 30, and Friday, October 7. It was the first positive week in the last four, although the index relinquished a bigger gain of 6.1 percent on Tuesday afternoon.

The bounce managed to keep stocks above their June low. That’s a potentially key level as the market grapples with the triple whammy of rising prices, tightening energy supplies and slower earnings. More big tests could follow this week when the government issues another inflation report and the Federal Reserve releases minutes from its last meeting.

September’s non-farm payrolls report added to the narrative. Not only did job growth slightly beat estimates. Unemployment fell more than expected to 3.5 percent. That matches the 51-year low recorded immediately before the coronavirus pandemic. It also quashes hopes of a “Fed pivot” away from its current policy of aggressive interest-rate hikes.

Inflation worries received even more fuel after OPEC+ unexpectedly cut production by 2 million barrels of crude oil per day. That lifted energy stocks by 14 percent, their biggest weekly gain since the first coronavirus vaccine was announced in November 2020.

Brazilian stocks also jumped after President Jair Bonsonara avoided losing reelection in the first round of voting. He will now face leftist Luiz Ignacio da Silva in a winner-take-all runoff on October 30.

Real-estate and utilities led to the downside as rising interest rates reduced their appeal as dividend-paying income stocks.

Tesla fell 16 percent after third-quarter deliveries missed estimates. That was its worst weekly performance March 2020 and the biggest decline in the S&P 500 last week.

DexCom (DXCM) was the index’s top performer after the Centers for Medicare and Medicaid Services proposed a rule change that could potentially boost the company’s glucose-monitoring business.

The S&P 500’s high last week was near its close on September 21, immediately after the Fed’s signaled more aggressive interest-rate hikes. Chart watchers may view that peak as the kind of lower high that occurs during downtrends. It was also near the falling 21-day exponential moving average (EMA).

The June low around 3600, which the index has held so far, could be viewed as support.

Given the focus on macro events like inflation and interest rates, investors could be monitoring some other charts. One is crude oil. Second is the 10-year Treasury yield, which recently neared a long-term high of 4 percent. Third is the EUR/USD currency pair, which broke under $1 two weeks ago. Further moves on any or all of those trends could trigger more worries about the stock market.

Speaking of currencies, FactSet reported that an unusually large number of companies have said the strong U.S. dollar is hurting quarterly results. (It can reduce the value of overseas business.) FactSet also noted that analysts forecast S&P 500 companies are set to report the lowest profit growth in two years.

That could keep investors on guard for negative preannouncements and research notes as earnings season begins.

This week’s agenda features a mix of economic news and quarterly results. Several Fed officials are scheduled to speak today and tomorrow.

These Were Market Insights’ Top Stories in 2018