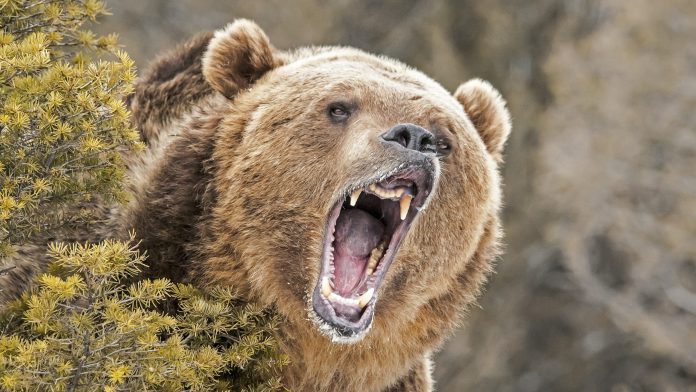 Stocks just had their worst week since early in the pandemic as big indexes knifed through key support zones.

The S&P 500 plunged 5.7 percent in the holiday-shortened week between Friday, January 14, and Friday, January 21. It was the biggest drop since mid-March 2020. The Nasdaq-100’s 7.5 percent selloff was also the worst in the same time period.

While fears of higher bond yields and the Federal Reserve previously weighed on growth stocks, last week was more a general liquidation. And the reasons appeared to be mostly technical and calendar-based.

First, the S&P 500 broke a key trend line that began in November 2020. Second, it broke the early-December low of 4495. If it remains below this level, it would be the first time that the index closes below the previous month’s low since equities started rebounding in March 2020.

Third, investors are focused on the Fed with policymakers meeting this week. However, after the statement and press conference Wednesday afternoon, attention could pivot sharply toward quarterly results.

Some 95 percent of the S&P 500’s members declined last week. Consumer discretionaries, technology and financials led the selling as investors dumped homebuilders, retailers, semiconductors and banks. The only noteworthy gainers were precious metals and emerging markets.

Netflix (NFLX) was one of the first big stocks to break out in 2020 as lockdowns drove growth of its streaming-video service. Last week was just the opposite as weak growth forecasts handed NFLX its biggest weekly drop in almost a decade. Amazon.com (AMZN), another darling of the Covid era, had its worst week in over three years.

Peloton (PTON) crumbled to its lowest level of the pandemic after weak demand caused management to slow production. Moderna (MRNA) also crashed on news that natural coronavirus immunity may work better than vaccines.

Last week’s market rout pushed sentiment firmly into negative territory, according the Association of Individual American Investors. Its weekly poll showed just 21 percent of respondents bullish (the least since July 2020) and 47 percent bearish (the most since September 2020.) Some analysts view the survey as a contrary indicator showing when investors have already exited positions.

Technical analysts could now be watching two potential areas. First, the October low around 4280 may be the next logical support. Second, the early-December low around 4495 may be viewed as potential resistance.

The Nasdaq-100 is also trying to hold its October low around 14,500. A break under this level could bring more pressure on technology stocks.

Bond yields could also be in focus after 10-year Treasury yields broke 1.80 percent for the first time since January 2020.

This week is packed with news, quarterly results and economic data. (At least 220 members of the S&P 500 report numbers this week and next.)

Today’s big items are earnings from Halliburton (HAL) in the premarket and International Business Machines (IBM) in the afternoon.

Tomorrow features Johnson & Johnson (JNJ) in the morning and Microsoft (MSFT) after the close. Consumer confidence is also due.

Wednesday is Fed day. The policy statement is due at 2 p.m. ET, followed by Chairman Jerome Powell’s press conference at 2:30 p.m. Boeing (BA), Tesla (TSLA) and Intel (INTC) are some of the noteworthy earnings reports.

Friday brings Caterpillar (CAT) earnings. Inflation could also be in focus because the Bureau of Labor Statistics reports the personal consumption expenditure (PCE) price index, which is closely watched by the Fed.