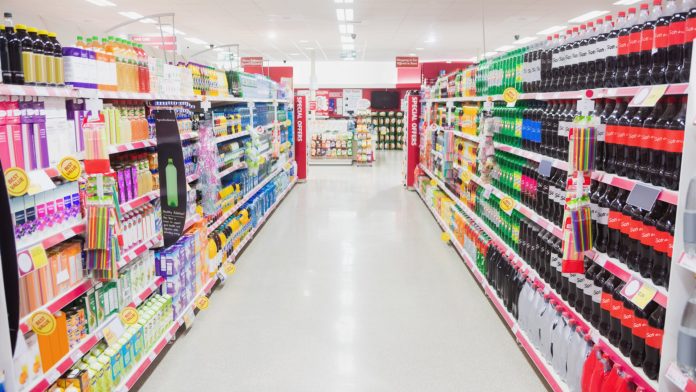 The S&P 500 fell yesterday, but a new kind of stock seems to be breaking out.

The shift to safe havens comes just two days before the Federal Reserve is expected to announce tighter monetary policy. First, policymakers have suggested they will reduce asset purchases at twice the previously announced rate. (So-called tapering could go from $15 billion a month to $30 billion.) Second, faster tapering means actual interest-rate increases could come even sooner.

Both actions would represent an unwinding of the unprecedented stimulus provided by the central bank during last year’s shutdowns. Those accommodative policies helped support the economy and prevent a financial collapse. But they also contributed to inflation, which the Fed wants to halt.

Low interest rates also encouraged risk taking in riskier and more speculative companies. Many of those stocks are now coming under pressure as the Fed meeting approaches.

So-called meme stocks like GameStop (GME) and AMC Entertainment (AMC) are examples. Both rose several hundred percent in the first half amid historic short squeezes. But they’ve been drifting for months and both slid more than 10 percent yesterday for no immediately obvious reason.

Small-cap stocks in the Russell 2000 fell 1.7 percent as well. They’re also considered more speculative and riskier than large members of indexes like the Nasdaq-100 and Dow Jones Industrial Average.

Health-care stocks in the S&P 500 have a combined market cap of about $5 trillion, according to calculations by TradeStation. That makes them the biggest sector that can be considered a safe haven.

Members of the group may have potential catalysts in coming months. The largest company, Johnson & Johnson (JNJ), announced on November 12 that it will split into two companies.

The separation is expected to occur in 18-24 months. Such strategic actions can lift share prices as investors assign different multiples to the separate firms.

UnitedHealth (UNH), the No. 2 company by market cap, has also broken out to new highs after quarterly results beat estimates on October 14. Management followed by raising guidance further on November 30.

Third largest Pfizer (PFE) has also been climbing on a series of positives, including its coronavirus treatments and yesterday’s purchase of Arena Pharmaceuticals (ARNA). Quarterly results on November 2 beat estimates as well.

Health-care stocks have another catalyst on January 10-13: the J.P. Morgan Health Care Conference on January 10-13. It’s typically an important event, with many companies presenting.

Consumer staples stocks in the S&P 500 have a combined valuation of about $2.6 trillion. The sector is normally associated with personal-care products, packaged foods and cleaning supplies. However it also includes large retailers like Walmart (WMT) and Costco (COST).

Two other potential factors could make investors interested in consumer staples. One is that rising wages at the lower end of the income spectrum could boost demand. Another is potential relative value because the sector has steadily shrunk compared with the broader market, as the chart below makes clear.

Real Estate and Utilities are smaller, with combined market caps of about $1 trillion each.

The real estate sector is relatively new, spun off from financials in 2016. The group consists of so-called real estate investment trusts (REITs), which get lower tax rates for paying higher dividends.

While REITs may sound dull, they have exposure to fast-growing parts of the economy. For example, the largest REIT is American Tower (AMT), which owns wireless stations. The No. 2, Prologis (PLD), runs warehouses for e-commerce. Other major REITs, like Equinix (EQIX) own cloud-computing data centers.

Aside from those high-tech properties, the sector includes shopping centers, apartment buildings and public-storage facilities.

In conclusion, risk appetite has run high in the stock market for more than a year. Recent weeks saw breadth deteriorate as fewer stocks participated in rallies. Now sentiment is shifting toward safe havens that will be less vulnerable to the Fed reducing stimulus. Hopefully this post helps you know some areas to consider watching.

Margins, Pricing, Demand: The Stars Line Up for Automakers as Tesla...