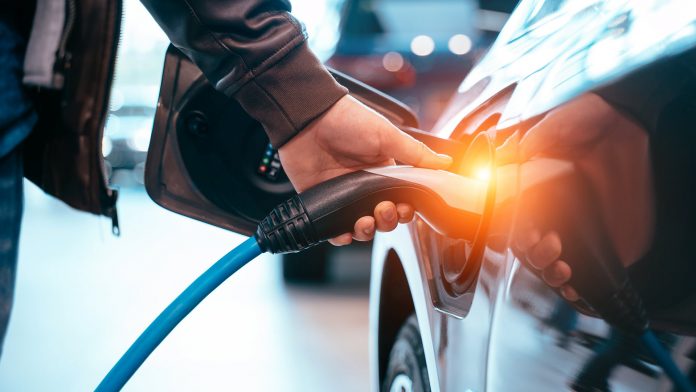 The company first proposed a share price of $57 to $62. Strong demand let the underwriters boost the range to $72 to $74. It priced even higher last night, at $78, resulting in a $66.5 billion valuation. Today the stock begins trading under the symbol RIVN.

RIVN’s flagship product will be its R1T pickup, which has gotten positive reviews so far on sites like Edmunds.com. The vehicle can reportedly generate 835 horsepower and 908 lb-ft of torque. That beats the top-performing Ram 150 TRX, with 802 hp and and 605 lb-ft of torque. The sticker price will be $74,075.

RIVN will assemble all the trucks at its factory in Normal, IL. It ended October with 55,400 preorders, and expects to fill that backlog by the end of 2023.

The company will join a growing industry of zero-emission automakers. Its $66.5 billion valuation makes it comparable to General Motors (GM) and Ford Motor (F), which together sell more than 300,000 cars per month.

F also owns more than 5 percent of RIVN. Anticipation of this week’s IPO has helped lift the Dearborn, Michigan-based automaker to its highest level in a generation.

Amazon.com (AMZN) is RIVN’s other key investor and partner. The e-commerce giant brought the startup to public attention by leading a $700 million financing round in 2019 and ordering 100,000 trucks.

Anticipation of the RIVN offering may have drawn investors away from Tesla (TSLA). The EV leader rallied as much as 60 percent between the end of September and November 4. It’s pulled back in the last week, with most of the drop coming yesterday after CEO Elon Musk suggested he may sell 10 percent of his shares.

The other big EV stock lately has been Lucid Motors (LCID). The Newark, CA-based firm (in Silicon Valley) gained more than 80 percent in the last two weeks after confirming deliveries of its $169,000 Air Dream Edition sedans.

The activity has drawn more attention from Wall Street. Just today, for example, B of A Securities raised price targets on TSLA, LCID and Fisker (FSR). The analyst noted that valuations will let EV firms raise capital to build factories. That, in turn, will let them gain market share at little cost.

Finally, car prices are climbing at their fastest pace in 40 years. Americans’ existing vehicles are also the oldest on record. Both of those factors could help newer firms and concepts.

An Unexpected Positive in Housing