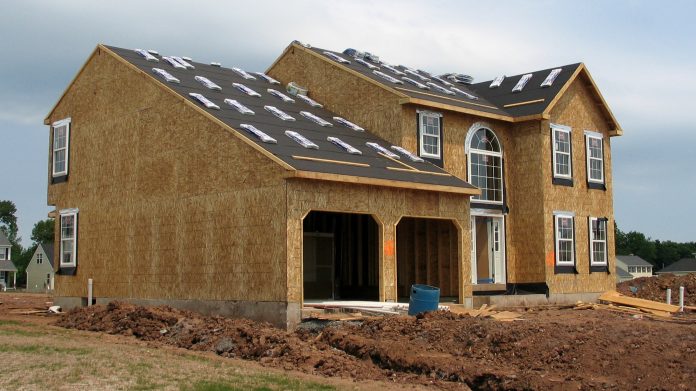 Homebuilder stocks are holding their ground, despite enduring a lot of bad news this week.

First, Home Depot (HD) crashed after reporting unexpectedly weak same-store sales. The National Association of Homebuilders next announced that business conditions had fallen to the worst level in over a year. The Commerce Department followed with an unexpected drop in housing starts. Later on Wednesday, the Federal Reserve indicated it would reduce asset purchases — the first step toward raising interest rates.

All those items are potential headwinds for the housing sector. However, the Philadelphia Housing Sector Index ($HGX) has remained in a tight range. The reason could be that other longer-term positives remain in effect.

Second, the U.S. continues to face a shortage of homes after a decade of underbuilding. The coronavirus pandemic apparently exacerbated the situation by driving more city dwellers to larger homes in the suburbs, according to S&P Global economist Craig Lazzara.

Third, the market often prices in bad news before it happens. In this case, investors were expecting the Fed’s decision to taper asset purchases. Now that it’s been announced, there’s less uncertainty.

Fourth, a lot of the inflationary pressures that worried markets earlier this year have subsided. Lumber prices are down more than 70 percent. Copper and oil have declined more than 15 percent. That has two potential positives for homebuilders:

Finally, would-be buyers might complain about high prices. But conditions in the credit market are still improving. S&P reported that mortgage delinquency rates are near the lowest since at least 2007 (under 0.30 percent). Another quarterly survey from the Fed (senior loan officer survey) indicated that banks are loosening standards on mortgages.

This could be important because the mortgage market hadn’t fully recovered from the 2008 housing crash. But now prices have appreciated, potentially helping appraisals. Equity has been built up and the labor market is improving.

This table below highlights some of the largest and most actively traded housing stocks.