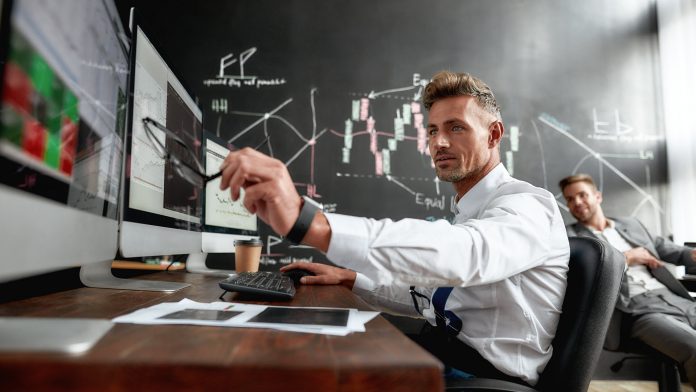 Yesterday was big for cryptocurrencies as Elon Musk and Jack Dorsey spoke publicly about Bitcoin. The event also triggered a wave of bullish options activity in Dorsey’s payments company, Square.

More than 54,000 contracts changed hands overall, about 30 times previous open interest at the strike. Buyers also piled into the 23-July 250 and 23-July 260 calls. Weekly contracts expiring tomorrow accounted for more than 60 percent of total options volume, which shows how much traders were focused on the short term.

Here’s how it works: Calls fix the price where investors can buy shares. Their initial cost is much lower than the stock, which can result in significant leverage on a percentage basis to the underlying security. The main risk is that calls go worthless if the stock’s below the strike price on expiration.

SQ rose 4.37 percent to $257.25. Dorsey’s company has more than quadrupled from the start of last year as payment volumes surged. It grew in the crypto space last October by parking about 1 percent of its assets in Bitcoin, helping fuel a rally that proceeded to lift the digital asset more than 300 percent.

Tesla (TSLA) CEO Musk has also moved Bitcoin. He spurred a rally in February by purchasing $1.5 billion of the cryptocurrency and caused a selloff in May by saying that it used too much electricity. Yesterday he helped lift some of that gloom by saying that “Bitcoin is shifting a lot more towards renewables.” He also noted that China’s exit from the market — a huge negative last month — could have the positive effect of reducing Bitcoin’s reliance on coal-fired power plants.

Musk made the comments speaking to SQ’s CEO Dorsey at the “The B Word” virtual conference. Growth investor Cathie Wood also participated in the talk.

The next big event for SQ could be the release of second-quarter results on August 5. It’s beaten earnings and revenue estimates the last four quarters.

Overall options activity in SQ was more than twice the daily average in the last month yesterday. Call volume was the highest since early April, with upside contracts outnumbering puts by more than 3-to-1.