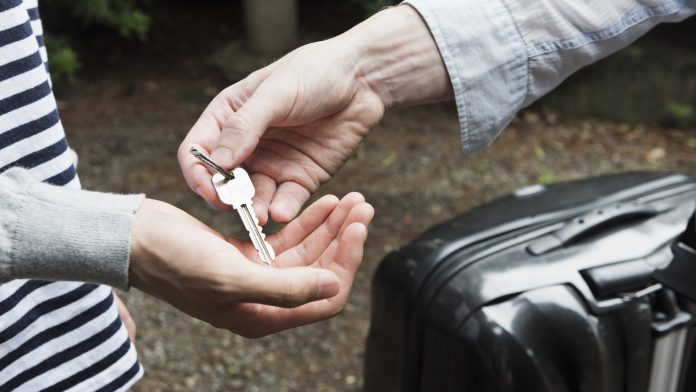 Airbnb and DoorDash both increased the size of their initial public offerings this week as investors continue to pour money into new-economy technology stocks.

ABNB and DASH are looking to raise $6.2 billion — more than double the total for the entire month last year. Including other deals like Roblox and ContextLogic, the IPO market is on pace for the busiest December ever.

Sharply improved market conditions are the other driver. On one hand, political certainty and vaccine news have boosted sentiment in the last month. But at least two other factors are helping the IPOs: a wave of new millennial investors and an accelerated digitization of the economy because of coronavirus.

When Is Airbnb Going to IPO?

Airbnb (ABNB) is expected to price its deal Wednesday, December 9. It will begin trading at some point on Thursday.

The apartment-sharing company is looking to raise as much as $3 billion, up from an earlier goal of $2.5 billion. Strong demand has let investment bankers raise the price range to $56-60 from the earlier $44-50 range. That implies an overall valuation of about $42 billion. (Remember, most of the shares will remain in private hands.)

ABNB’s revenue in the second quarter, which included Memorial day, plunged 72 percent because of the pandemic. It improved to an 18 percent drop the following quarter. Profitability also increased as the company spend less on product development and marketing.

What Is DoorDash’s IPO Date?

DoorDash’s (DASH) IPO is one day earlier. It’s expected to raise a little more than $3 billion this afternoon and begin trading tomorrow. DASH shares have a range of $90-95, up from $75-85 previously.

Unlike ABNB, DASH has benefited from the coronavirus pandemic. It S-1 filing with the Securities and Exchange Commission reports it controlled half the U.S. delivery market in October. That’s up from just 17 percent in January 2018.

Management says it’s grown by focusing on suburban areas. It also sees the potential for more expansion because less than 6 percent of the U.S. population had used the service as of September.

What Other IPOs Are Pricing?

At least three other deals are coming to market this week. They’re heavy on computer-powered virtualization and artificial intelligence (AI):

Two other noteworthy deals later this month include:

In conclusion, 2020 has been a breakout year for technology stocks. It’s now setting up to end on a potentially strong foot as the market embraces a new generation of disruptive, economy-transforming companies.

How Much Is Zoom Video Up Since its IPO?