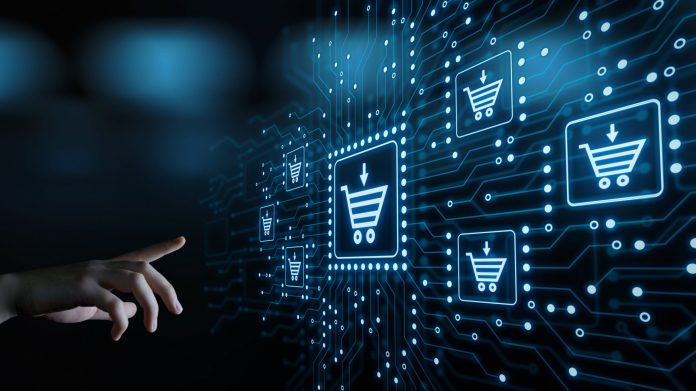 The big-box retailer gained market share across its five core product categories. CEO Brian Cornell credited “our multi-year effort to build a durable and flexible model” where shoppers can purchase a range of items seamlessly in store or on line. The physical pickup is huge because it lets TGT monetize assets and avoid costly store closures.

TGT was the only major stock to rally on earnings this week. Nvidia (NVDA) and Walmart (WMT) drifted after beating estimates, while Home Depot (HD) and Lowe’s (LOW) fell. However several smaller companies jumped as investors embraced a wider universe of stocks. That can be a potentially bullish sign for the market, overcoming worries about leadership being concentrated in a handful of “FANG” stocks.

L Brands (LB) exploded higher as its reinvention takes hold. Victoria’s Secret might be struggling, but the retailer has compensated with fast growth at Bath & Body Works. The lingerie business shank 14 percent in the last year, while the fragrance-and-soap division surged 30 percent.

LB plans to split the two chains into separate companies. It’s been slashing costs to boost Victoria’s Secret’s profitability before the transaction. Meanwhile, the stay-at-home trend has turned Bath & Body Works into a surprise growth story. Still, LB is only back to levels from early 2018.

Bilibili (BILI), on the other hand, broke out to new all-time highs after revenue beat forecasts and users swelled 54 percent. The Shanghai-based company has evolved from anime, comics and games (ACG) into professional user generated content (PUCG). It’s become a mainstay of Chinese zoomers and has improved targeting for advertisers. BILI’s up 214 percent this year as investors pile into Chinese tech stocks.

Sonos (SONO) went public in August 2018, two months after BILI. The maker of smart speakers was only expected to earn $0.02 a share, but crushed that number earning $0.15. Revenue was 14 percent ahead of forecasts. CEO Patrick Spence explained how loyalty to its devices is helping boost margins:

“Sonos products operate seamlessly together, with more products improving the experience. That’s why year in and year out, our existing customers add more products to their systems – every new household that we gain starts that cycle anew.”

Nuance Communications (NUAN), a maker of speech-recognition software, has also been spinning off businesses to grow in new areas. It’s now focusing on electronic patient records with a service called Dragon Medical One — a kind of AI assistant for caregivers.

Earnings and revenue both beat last quarter, propelling NUAN to new record highs. It trades for about 6 times sales, compared with double-digit valuations for many software companies.

Lowe’s (LOW) enjoyed a rush of business. Same-store sales rose 30 percent, about 8 percentage points more than expected. Revenue also beat by more than $1 billion. But margins and profitability came up short. LOW dropped about 6 percent on the week.

Home Depot (HD), but didn’t fall as much. Its comp sales beat by 8 percentage points and revenue beat by 5 percent. But per-share earnings only beat by 5 percent. (Margins again.) The home-improvement chains are grappling with higher costs for lumber, back-office expenses and worker pay.

Three other retailers, however, performed better:

Retailers were struggling before coronavirus, and the pandemic only made things worse. But interesting trends are emerging as survivors adapt. They have updated business models, leaner cost structures and a new focus on household products. Is the industry on the verge of a new stage of profitability? Almost like airlines after September 11, 2001?

Technical Analysis: Coffee Giant Breaks Out, Then Pulls Back