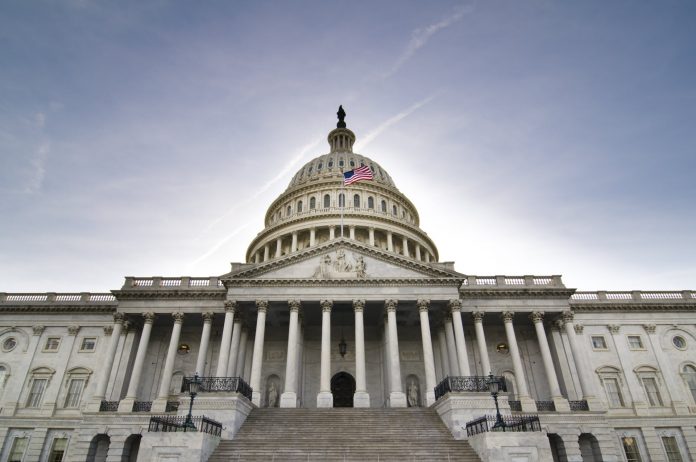 The Presidential election’s four weeks away, and volatility is hitting the market as political tensions rise.

The S&P 500 was up more than half a percent at one point yesterday, reaching its highest level in over a month. Investors were hoping for an agreement on a stimulus deal, but then then came a tweet from the White House:

“I am rejecting their request,” President Trump said of the Democrat-run House of Representatives. “I have instructed my representatives to stop negotiating until after the election” on November 3, he added.

The S&P 500 dropped more than 2 percent in less than 20 minutes and proceeded to close near its low of the session. A few other things happened on the price charts that technical analysts might want to watch.

First, the S&P 500 didn’t pull back from just any old level. It reversed after testing above the 3425 area where it failed multiple times between September 9 and September 16. That could be viewed as a false breakout, confirming its significance as resistance.

Second, the S&P 500 didn’t just have a higher high above Monday’s peak. It also had a lower low. That’s a bearish outside day — a potential reversal pattern.

Third, the index closed back below its 50-day moving average. If prices stay here, it could mark an end to the uptrend that began in April.

“Subcommittee staff found evidence of monopolization and monopoly power,” according to the 449-page report. It suggested limitations on their businesses, potential breakups and blocking mergers.

The document has no binding power because it’s only from the House of Representatives. However it creates potential risk for the single most important part of the stock market: large-cap technology. These “FANG” stocks are the companies that led the Nasdaq-100 to new highs in early June.

They’re also the same firms that fared best during the coronavirus pandemic. Potential attacks on them could increase risk across the entire market.

Yesterday’s drop also pushed Cboe’s volatility index, the “VIX,” to its highest close in almost a month. That’s a sign of growing fear as the market braces for sharper moves and more uncertainty.

There are a few ways for investors to consider protecting themselves if they see a drop coming.

The first is buying puts. They’re options that fix the level where a security can be sold, so they can gain value when prices decline.

Another alternative is focusing on heavily traded index-funds. SPDR S&P 500 ETF (SPY) tracks the S&P 500 and is the most widely traded instrument in the market. The Invesco QQQ Trust (QQQ) tracks the Nasdaq-100 and is highly liquid. Traders with exposure to the broader market may find it easier to hedge with big ETFs than buying puts on individual stocks.

The third is with E-mini futures or E-mini micro futures, which require a futures account. These track the same broad indexes like the S&P 500 or Nasdaq-100, but trade around the clock. That can let you express a view on the market if news breaks outside of regular trading hours.

In conclusion, one of the biggest elections in recent memory is less than a month away. Tensions and political risks may increase. Hopefully this article helps you prepare.

Someone Just Made a Killing in this Software Stock: Options Recap