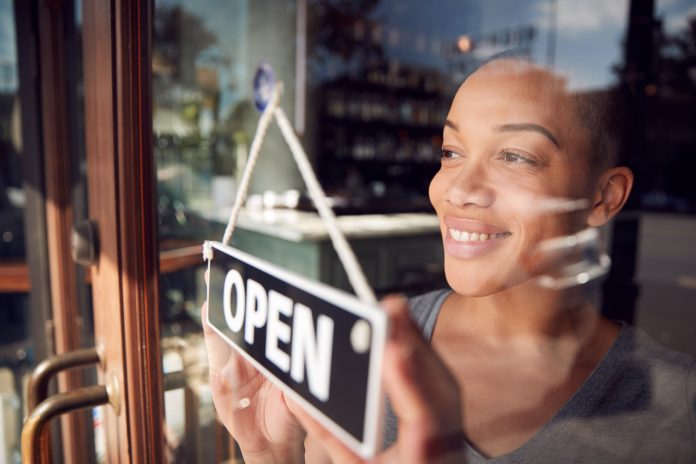 Some new trends are emerging as the market potentially looks for the coronavirus pandemic to ease.

Small caps, industrials and retailers are showing signs of relative strength so far in August — a big change from last month. Those sectors have lagged since the crisis began because they’re more economically sensitive. Investors may rotate back to them if they believe the situation is improving.

Two sets of numbers so far suggest things are getting better. First, the Center for Disease Control and Prevention reported new Covid-19 cases falling below 50,000 earlier this week. The decline has pulled the seven-day moving average to its lowest level since July 11.

Second, certain economic reports have recently surprised to the upside:

Other reports have been more bearish. Consumer sentiment and consumer confidence showed major negativity among the public. Most employment indicators also remain soft. That includes yesterday’s ADP private-sector payrolls report and the job-related components of the ISM reports.

One of them, 3d, simply shows the three-day change as a percent. This covers August so far.

The next shows the year-to-date (YTD) percentage change.

The last, In Range Multiple Days, plots the last price within its price range over the last three sessions. Higher readings in the right column indicate the symbol closed nearer its high for the period.

These studies show small caps, industrials and retailers lagging for most of 2020 but leading so far in August.

You’ll also notice that the SPDR Consumer Discretionary ETF (XLY) has pushed higher. Interestingly, this doesn’t result from the coronavirus favorite, Amazon.com (AMZN). (AMZN is only up 1.3 percent this week and CEO Jeff Bezos has been selling shares.) Instead, leadership within XLY comes from old-economy stocks like Kohl’s (KSS) and Whirlpool (WHR).

While we’re only three days into the month, traders may want to keep an eye on the trend. After all, most major technology stocks have already reported earnings and may have fewer catalysts in the dog days of summer. The reopening plays, on the other hand, may not require company-specific news. They could benefit simply from the CDC’s case count dropping.

There are also high levels of negativity. This is true for consumers, workers and investors. For example, the American Association of Individual Investors reports that barely 20 percent of respondents to its poll were “bullish” at the end of July. That’s the lowest reading since May 2016.

Here’s something else to consider. The “bearish” camp in AAII’s poll only dropped under 40 percent in early June, when small caps hit their last peak. This time, IWM closed at a new five-month high — even with bearishness rising to 48 percent last week.

Extreme negativity can be positive for stocks because it may indicate investors are overly concentrated in cash. That, in turn, means there are fewer potential sellers. Some of those Nervous Nellies can also morph into buyers.

In conclusion, millions of Americans remain out of work and businesses are still crippled by coronavirus. But certain readings of the economy and case count may be signaling a turn. Meanwhile, the same parts of the market that would benefit from reopening are starting to move.

Is the unthinkable happening? Is the crisis starting to lift?

Dollar Slides with Doves Ruling the Roost at the Fed