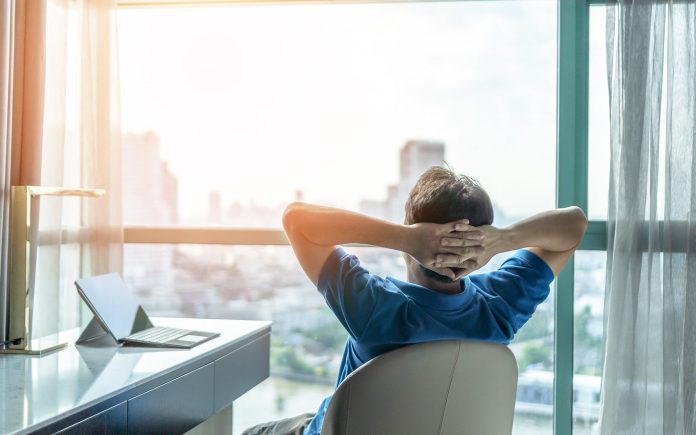 Stocks are pausing with several important and uncertain events looming this week.

The S&P 500 fell 0.3 percent between Friday, July 17, and Friday, July 24. It was the first decline in four weeks and occurred at the same level where the coronavirus correction began in February. The index is now back in negative territory on a year-to-date basis.

Most of the news last week was positive on the surface. Housing data continued to improve and major companies like Microsoft (MSFT) and Tesla (TSLA) reported strong earnings. But persistently high infection rates are spreading fears of more closures and business disruption. Jobless claims, one of the most current and meaningful economic numbers, also rose for the first time in three months.

There will be plenty more to watch this week. We’ll get the government’s first estimate of how much the economy shrank last quarter. The Federal Reserve meets. It’s also the busiest stretch of earnings season, with some of the most important technology companies issuing results. On top of that, CEOs of the same firms will testify in Congress.

The S&P 500 pushed above 3260 last week before retreating. That’s potentially important because it was a test of the bearish price gap that occurred as coronavirus hammered the market on February 24. Levels like this can become resistance as investor accounts inch back to breakeven. (The last price gap on June 11 became resistance for about a month.)

Perhaps more importantly, the Nasdaq-100 declined for the second straight week as traders take profits in technology stocks. Many soared in May and June as the pandemic spurred demand for computing and software. But results from MSFT last week and Netflix (NFLX) the previous week suggested that narrative may be fading.

Precious metals and miners had the biggest gains last week as the U.S. dollar slid to a new 22-month low. Gold is now firmly above $1,800 and silver broke $23 for the first time in seven years. Attention could remain focused on gold and silver miners with the Fed expected to keep the money spigots flowing on Wednesday.

Homebuilders outperformed after PulteGroup (PHM) beat estimates. Existing home sales rose the most ever (+21%) and new home sales rose more than expected. Housing entered the crisis with low inventories, and has partially benefited from low interest rates. Social distancing and remote work has also made suburban living more desirable for some city dwellers.

Hospital operators were another strong group after HCA (HCA) reported strong admittance, potentially indicating that patients were resuming elective procedures after the coronavirus disruptions. It was the second straight week that a subset of health care rallied. (Last week, it was medical devices.)

Cryptocurrencies also rallied last week as digital assets kept moving into the mainstream. One huge development came from the Office of the Comptroller of the Currency, which let U.S. banks custody cryptos on behalf of clients. That could lower barriers to entry for tens of millions of ordinary savers.

Separately, a developer suggested Ethereum (ETHUSD) will start testing its crucial 2.0 upgrade as early as August 4. (It’s called “Medalla testnet.”) The No. 2 cryptocurrency was is already benefiting from the spread of Decentralized Finance (DeFi). Last week’s news sent it flying to a new 52-week high.

Traders may want to keep an eye on Bitcoin (BTCUSD), the biggest crypto, as it approaches the February peak around $10,500. Don’t forget it recently underwent a “halving” event, which has historically supported prices by reducing new supply.

Wednesday features oil inventories and pending home sales in the morning. The CEOs of Amazon.com (AMZN), Alphabet (GOOGL), Facebook (FB) and Apple (AAPL) will also testify at a House of Representatives antitrust hearing (at 12 p.m. ET). Two hours after they begin, the Fed will issue its monetary statement. Fed Chairman Jerome Powell has a press conference 30 minutes later.

Results are due in the post market from FB, PayPal (PYPL), Qualcomm (QCOM), Lam Research (LRCX) and ServiceNow (NOW).

Thursday brings GDP for the second quarter. Economists are looking for contraction of more than 30 percent because of coronavirus. Initial jobless claims are due. It’s also a huge day of earnings, including three trillion-dollar companies: AAPL, GOOGL and AMZN.

Members of Congress will also work to pass another coronavirus stimulus bill this week, although the timing is unclear.