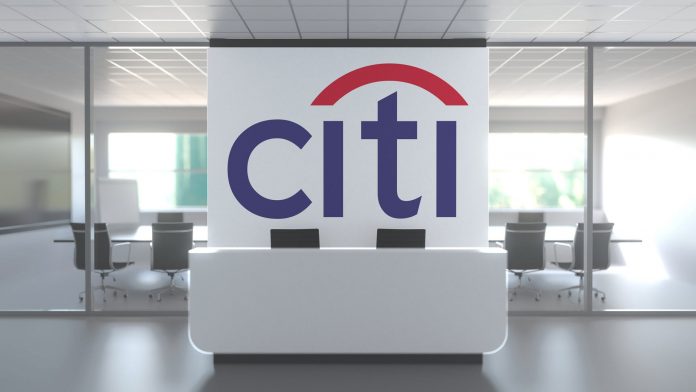 Citi has been fighting higher since Christmas, and one big investor seems to think the move will continue.

Check out this unusual options activity in the banking giant yesterday:

Volume was below open interest in both strikes, which suggests the investor closed an existing position. At the same time, he or she:

Volume exceeded open interest in both. That suggests they opened a new position in February.

Buying calls and selling puts? What’s it mean? It appears the investor is using a complex strategy known as a “risk reversal.” While unsuited for most retail investors, institutions use the technique to simulate owning large amounts of stock. In this case, the risk reversal mimics owning 2.2 million shares for a fraction of the upfront cost. However, it has significant risks.

Calls fix the level where a security can be purchased, so they can appreciate when the stock rises. Puts are the opposite because they establish a minimum selling price and can profit to the downside.

Wednesday’s trader sold puts to collect premium, which means they’re willing to own the stock at the strike price in return for a credit now. They then used the cash to buy calls. Both halves of the strategy can profit to the upside and lose money to the downside.

It appears they previously sold the January 45 puts and bought the January 45 calls. The risk reversal seems to have moved in their favor, letting them take $5.24 of profit. They then repeated the strategy $5 higher and one month further into the future.

Such trades are risky because the short puts create significant downside risk. However some institutions may accept the risk because they’re willing to buy shares at the strike price. In this case, the level was raised from $45 to $50 per share.

C fell 1.75 percent to $49.43 yesterday, but has climbed 12 percent since the last week of December. The bank has reported better-than-expected profit and revenue the last three quarters. Its shares also trade for about 7 times earnings, ranking in the bottom one-tenth of the S&P 500, according to TradeStation data. That could make some investors view it as a value play.

Wednesday’s risk reversal strategy pushed overall options volume in the stock past 322,000 contracts. It was the busiest session since mid-July.