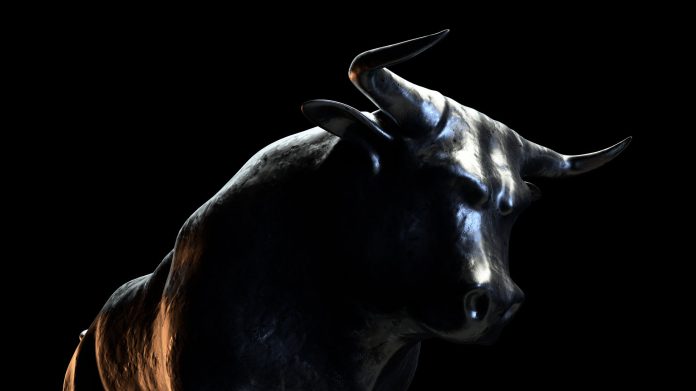 Stocks just rose for the second straight week, potentially raising an important question: Will 2023 be a mirror image of last year?

The index is now at the falling trendline that began exactly one year ago. It made a higher low in December and has shown potentially positive breadth. Cboe’s volatility index ($VIX.X) also hit its lowest level in exactly a year on Friday. Those indicators could make some chart watchers think the bulls are taking control.

Is the current situation the inverse of last January? At that time, momentum was fading and prices failed to bounce at a rising trendline. Interest rates and the VIX were climbing. In addition, 2022 began with a false breakout to new highs. The exact opposite happened on January 3, when the S&P 500 probed below 3,800 before recovering. (See the chart below.)

United Airlines (UAL) and American Airlines (AAL) led the market higher last week. Most of the jump came after AAL preannounced fourth-quarter revenue growth of 16-17 percent. That was 3-4 percentage points above the previous guidance. Earnings per share were almost twice the projected level. That gave investors hope in both the broader economy and an industry that remains well below its pre-pandemic levels. Cruise ships were in a “similar boat.”

Metals were another area of strength as money poured into economically sensitive industries.

Sectors that fell the most recently, like consumer discretionaries and technology, climbed the most overall. Investors also shed consumer staples and health care, reflecting less interest in safe havens.

The “risk-on” sentiment extended to cryptocurrencies. Bitcoin and Ethereum rose more than 20 percent each, their biggest weekly gains in over a year.

Will the Fed Pause?

Hopes of the Federal Reserve slowing its interest-rate increases spurred the bullish moves.

“The days of us raising them 75 basis points at a time have surely passed,” Patrick Harker, president of the Philadelphia Fed said in a speech on Thursday. “Hikes of 25 basis points will be appropriate going forward.”

Harker’s comments are potentially important because he’s a new voting member of the Federal Open Market Committee (FOMC). It’s also noteworthy that some of the most outspoken hawks left after the normal annual rotation. Those include Mary Daly of San Francisco, James Bullard of St. Louis and Loretta Mester of Cleveland.

Economic data seemed to confirm slowing inflation, which is consistent with easier monetary policy. December’s consumer price index (CPI) had its sharpest decline since August 2020 — the third straight month that CPI was lower than projected.

At least three other separate reports painted a similar picture:

Last week was dominated by the CPI report. This week’s agenda has more events, each with less importance.

Stocks Cling to Support as the Fed’s Hawks Go to Work....