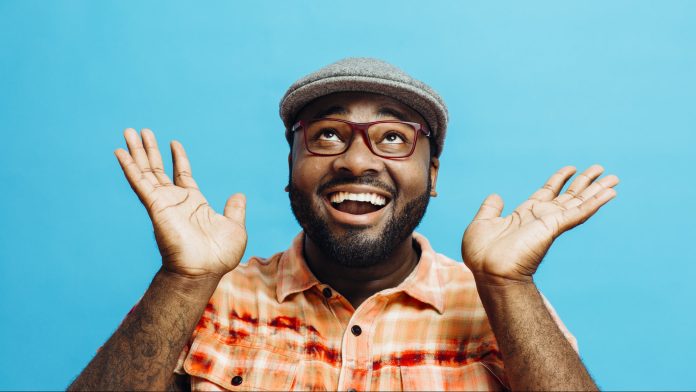 Inflation was lower than feared for the third straight month, and investors loved it.

CME’s FedWatch tool showed traders expecting 25 basis point increases at each the next two meetings, followed by a pause. That’s one rate hike fewer than the indicated a week before. The stock market reacted in at least three other potentially positive ways.

Second, Cboe’s volatility index ($VIX.X) plunged to its lowest level since early December. VIX has remained below its 50-day moving average and is refusing to bounce at 20 — unlike its behavior in March and August. Is the dreaded “fear index” showing less anxiety?

Third, the U.S. Dollar Index crumbled to its lowest level since early June.

Rates and the Greenback

Those changes could help sentiment in a few ways.

Lower interest rates could reduce the risk of a recession, which is a potential positive for corporate earnings. Lower rates also make it easier for investors to own stocks with higher multiples.

Another benefit could result from the simple price move in bonds, which move in the opposite direction as rates. Many investors own bonds in conjunction with stocks with “60/40” portfolios. (60 percent stocks, 40 percent bonds.) The approach is similar to a “risk-parity” strategy, which uses bonds to offset risks in stocks.

Last year saw sharp losses in these portfolios because stocks and bonds both fell. But today both assets rose in tandem. That could suggest investors are returning to the stock-and-bond approach as Treasury prices stabilize.

Next, a weaker U.S. dollar is often bullish for stocks because the greenback is typically “a safe haven.” Another benefit is that companies can see higher profits from their overseas operations. Microsoft (MSFT), for example, fell after currency moves forced the software giant to cut guidance on June 2. What happens if the trend is now moving the other way?

Corporate earnings are the next big item after the inflation data. FactSet data shows that analysts, on average, expect profits to contract 4.1 percent. It would would be the first decline since the third quarter of 2020, when they shrank 5.7 percent.

While lower earnings are seldom good for sentiment, Thursday’s market action could remove some of the negatives. First, many companies have predicted a recession because of the Fed’s hikes. But if that doesn’t happen, then earnings could be higher than feared. That’s especially true for banks that set aside loan-loss provisions to cover borrowers missing payments.

Can Stocks Break Out?

The potential positives cited above occur at a potentially important time for the S&P 500 technically. The chart above shows the falling trendlines along the peaks in 2022. Notice how it closely matches the 200-day moving average. That may suggest investors are looking for a breakout to add to their holdings.

Finally, sentiment remains unusually negative by historical standards. The latest weekly survey by the American Association of Individual Investors (AAII) shows fewer than one-quarter of respondents expect gains in the next six months. That’s potentially bullish because it can reflect more cash on the sidelines.

In conclusion, investors face lingering inflation, lower earnings and a potential recession. However stocks are refusing to go lower as they challenge key resistance and measures of fear dissipate. With a New Year underway, is the market trying to see brighter days ahead?

The Federal Reserve’s Last Meeting of the Year Is Today