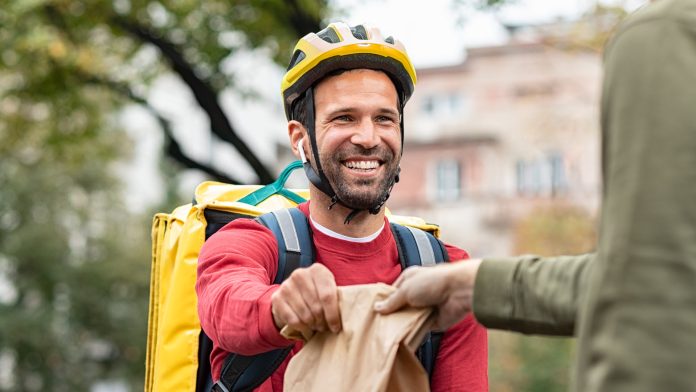 DoorDash jumped earlier in the week, and one big options trader seems to think the move will continue.

Check out this large transaction in the food-delivery company:

The transaction was interesting for a couple of reasons. First, volume was below open interest in the 35s but not the 45s. That suggests an existing long position was rolled from one strike to the next.

Next, both halves of the trade had a value of roughly $55 million. But one paid for the other, so it generated a credit of about $125,000.

Third, increasing the number of contracts raised the investor’s net delta from 2.5 million to 2.835 million. As a result, he or she has more potential upside exposure for a longer period of time.

Here’s how it works: Calls fix the price where investors can buy a stock, so they tend to appreciate when shares rise. Thursday’s trade was noteworthy because both strikes are deep in the money compared with DASH’s stock price. That suggests the trader was using the options as a substitute for the equity. The strategy can generate leverage but has risks if the shares decline.

How about the “delta?” That tells you how much options move relative to the shares. Options with 100 delta can gain $1 for each $1 that the stock rises. Net delta accounts for the number of contracts and translates it into an equivalent number of shares.

DASH fell 1.3 percent to $57.47 yesterday. It jumped 9 percent on Wednesday after cutting its headcount by 1,250 workers. The stock peaked above $250 in November 2021 and has declined along with other growth companies. It made an all-time low of $41.77 in mid-October.

Thursday’s trade pushed overall option volume in DASH to more than double the average in the last month, according to TradeStation data. Calls accounted for a bullish 91 percent of the total.